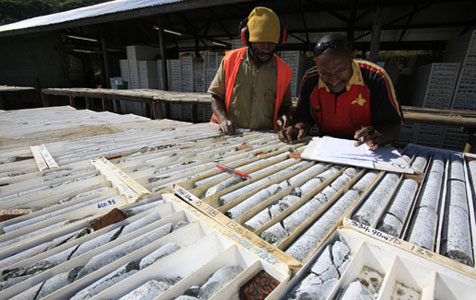 Marengo president and CEO Les Emery said the withdrawal of the power provider had resulted in an unexpected cost escalation, which negatively affected the current rate of economic return.

The copper, molybdenum and gold project had previously been estimated to cost between $US1.7 billion and $US1.85 billion.

Mr Emery said that, in the face of escalating capital and operating costs, Marengo had decided to defer completion of the project’s feasibility study and instead undertake a technical optimisation program.

Marengo’s major shareholder, the Cayman-based Sentient Group, will also be involved in the program, having recently provided Marengo with $US15 million through convertible debentures.

Marengo said it had initiated a review of administration, consultant and corporate overheads in order to ensure costs were controlled and maintained at an appropriate level for the next phase of activity.

Power is a major issue confronting companies seeking to develop projects in PNG, and Marengo has commenced discussions with the PNG government regarding other potential power supply options.