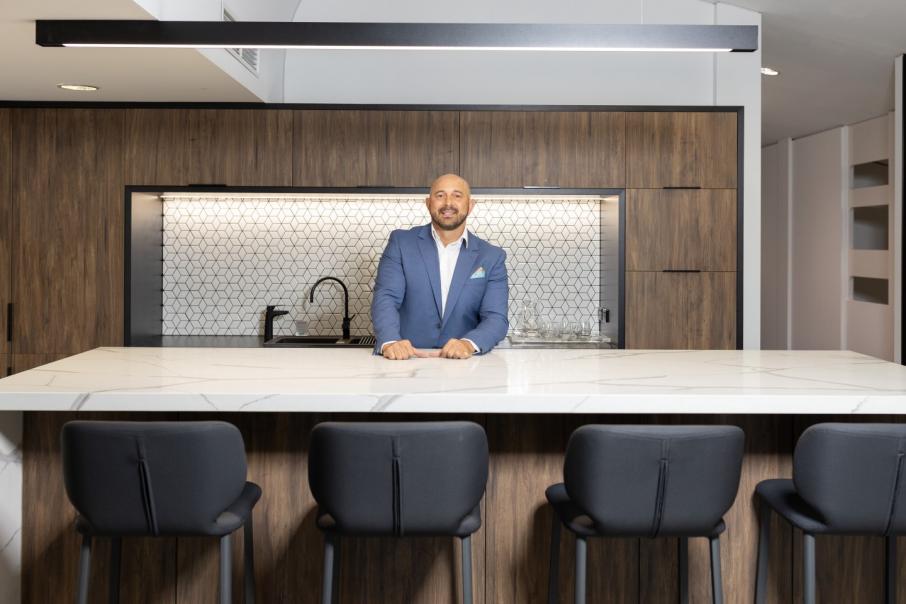 Mr Matera, brother of former West Coast Eagles players Peter and Phil Matera, established Marawar Building Services about 12 months ago, responding to what he believed was a gap in the building and construction market.

Mr Matera told Business News that while there were widespread opportunities for Aboriginal people to engage in the mining industry in Western Australia, there was little participation in building and construction, particularly in Perth and the South West.

“In WA, there are approximately 33,000 apprentices in training,” he said.

“Out of those figures, only 741 apprentices are Aboriginal.

“And in Perth and the South West, in Nyoongar country, there are fewer than 90 Aboriginal people in the building trades.”

However, despite a willingness to engage, he said there had been challenges in turning sentiment into opportunity.

“A lot of the companies that are participating in government contracts and the private sector generally have some sort of achievement document or Reconciliation Action Plan, or some sort of guidelines that say they want to engage meaningfully with Aboriginal people on construction jobs, but no-one is policing it, no-one is really making sure that they are engaging and it is meaningful,” he said.

“A lot of times there is reluctance to give a contract to an Aboriginal business; it’s usually entry-level contracts that don’t really make a big difference.

“I’m looking for long-term contracts where I can employ tradies and apprentices, which is what we set out to do in the first place.

Mr Matera said his aim for Marawar, which is 50 per cent owned by building and development firm MGroup, was to become the WA building industry’s biggest employer of Aboriginal people.

“At the moment we are sitting at about 40 per cent Aboriginal participation, and that is through apprenticeships and traineeships,” Mr Matera told Business News.

“We are also employing Aboriginal tradies who are taking on an Aboriginal apprentice, which I think is really key.

“I don’t think anyone other than us is actually putting together an Aboriginal apprentice with an Aboriginal tradie. It makes a massive difference.”

Marawar recently signed a major contract that goes some way to achieving the company’s lofty goal, collaborating with MGroup’s M Construction to build a Bunnings Warehouse in Albany on behalf of Wesfarmers.

That deal was followed by a contract with another Wesfarmers-owned brand, Officeworks, to refurbish and paint all of its stores in WA.

Marawar is also building social housing for the Department of Communities, a deal that Mr Matera said made the company the first Aboriginal-owned business in WA to build multi-storey apartment projects for people on social welfare.

Along with the job opportunities, Mr Matera said Marawar was helping to dismiss negative perceptions of indigenous work ethic and Aboriginal-owned businesses.

“A lot of people think that Aboriginal businesses just get awarded these contracts, but you actually don’t,” he said.

“You have to be competitive and commercial and provide the right quality.

“Yes, we tick a box in that we are an Aboriginal business, but you can’t be more expensive and you can’t provide a crap service. It’s the same process.

“So there is a constant effort to try and change people’s perceptions of what an Aboriginal business actually is and what it can provide.”

“The introduction of Marawar has not only been embraced by the Perth business sector, it has also engendered a sense of purpose within our staff environment,” Mr Clark told Business News.

“Suddenly our work has taken on greater significance and there is a new level of pride in what we are achieving.”