Another major player has jumped into Perth’s hotels boom, as competition to deliver new lodgings goes into overdrive. 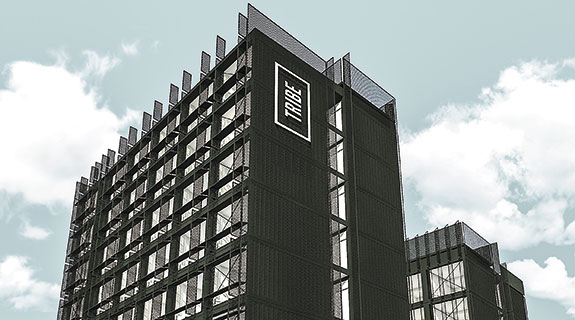 Another major player has jumped into Perth’s hotels boom, as competition to deliver new lodgings goes into overdrive.

National hotelier Mantra Group has demonstrated its confidence in the Perth market with news it plans to build a third property in the city from early next year.

The new venture will join a competitive sector, with 1,452 new hotel rooms currently under construction and a total of 4,470 proposed in the city. 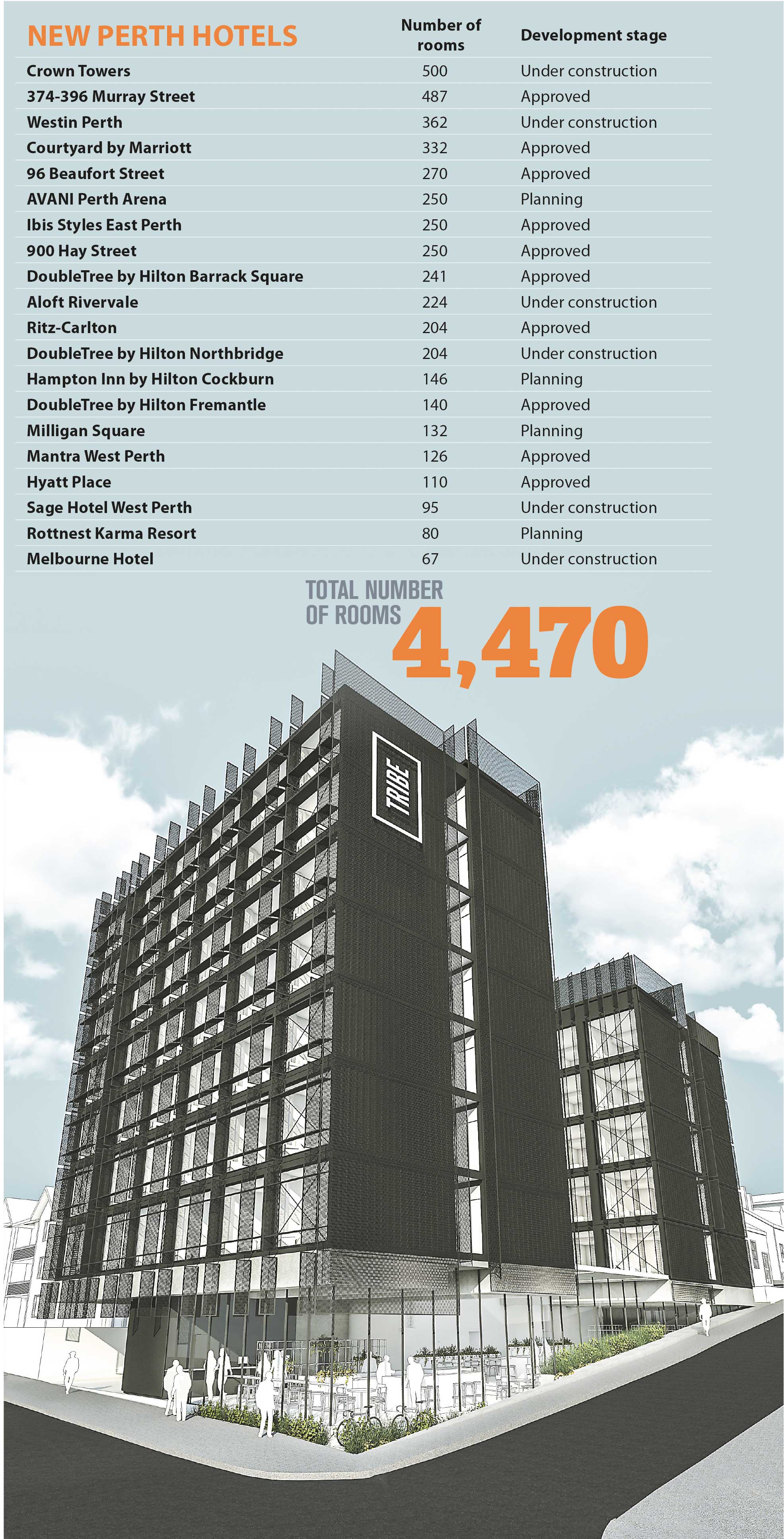 The $30 million property will be located on Walker Avenue in West Perth, and is the first foray west for Tribe Hotel Group, a Melbourne-based developer that counts Salta Properties and Victor Smorgon Group among its major shareholders.

The hotel will also be unique in that it will be managed by Mantra, but not owned by the group itself.

Probuild has been contracted to build the nine-storey, 126-room hotel, which will be built using a modular construction technique.

The modules will be fabricated in China by MP Modular and assembled on site by Probuild, which will likely be on site early in the New Year.

Tribe Hotel Group founder Mark Peters said using modular construction would enable a high-end fitout, akin to a four to 4.5-star hotel, which would have room rates more in line with a three to 3.5-star property.
“We can offer a high-end product at a very affordable rate,” Mr Peters told Business News.

“We’ve had a lot of talented interior designers, architects and marketing professionals working on the job, which will bring something that’s quite contemporary compared to the more common hotel offering in Perth.”

Mr Peters said Tribe had been planning to make an entrance to the Perth market for quite some time, drawn by strong occupancy rates, commercially attractive room rates, and a historic undersupply of hotel rooms in the city.

“We’ve always been interested in the Perth market because there has been a serious lack of supply coming to the market for quite some time; the existing stock is pretty tired and there are not a lot of design-led hotels in Perth,” he said.

“The way that Perth has performed previously, and even post the slowdown in the mining sector, hotels are still achieving a good rate and occupancies.

“We see ourselves as a reasonably defensive play in that we’re offing a high-end product but we’re very affordable.”

The list of Perth hotel proposals is growing, with the latest count by BNiQ showing 4,470 new rooms either under construction, approved, or in the planning pipeline, with even more projects expected to be added to that list early in the New Year.

Major players include: Crown Resorts, with its $568 million, 500-room Crown Towers; BGC Development, with its $500 million Westin Perth; and Singapore’s Fragrance Group, which is planning hotels on two sites that would collectively deliver 619 rooms.

One of the more boutique projects under construction is expected to be a direct competitor to the new Mantra property, also being located in West Perth, at the old Julio’s Restaurant.

Construction by Cooper & Oxley at the 14-storey, 95-room Sage Hotel at Julio’s is progressing rapidly, while the hotel is expected to open in April.

But Mantra Group chief executive Bob East was undaunted by the proposed flood of new hotels, saying he didn’t expect them all to proceed.

Even if they did, Mr East was confident the West Perth Mantra property would remain competitive.

“We’ve had a really good look at what might be coming into the marketplace and we think we have the right product for it,” Mr East said.

“It’s about positioning – this one will be quite unique and is a bit different to other products.

“We are confident in the market, it has obviously come off a bit but we think it has good long-term prospects.

“You never build for a peak, you build because you believe in the market long term.”