The state government has blocked a major residential project near Rockingham, following objections by local residents and environmentalists, with joint venturer Cedar Woods Properties saying this afternoon it was disappointed and would seek to recover its costs. 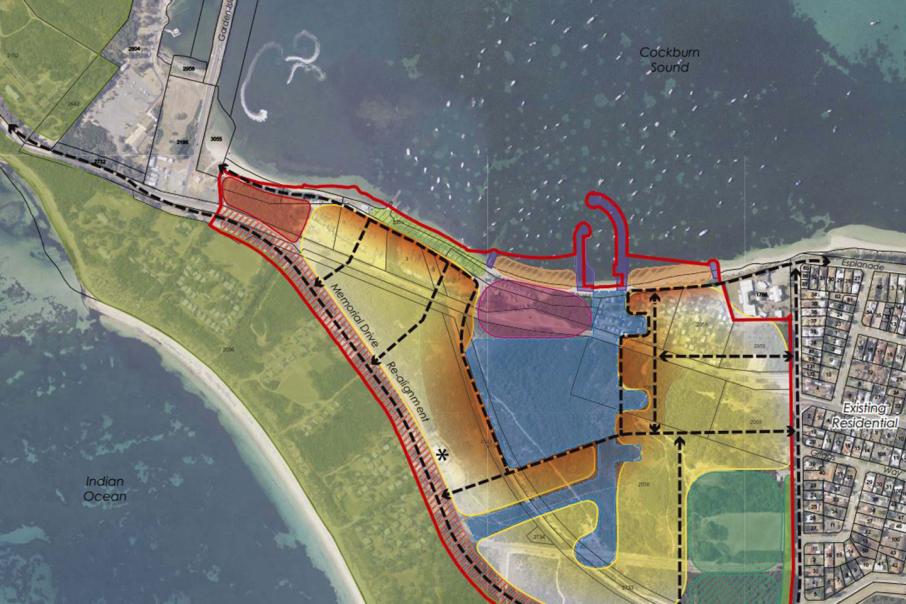 The state government has blocked a major residential project near Rockingham, following objections by local residents and environmentalists, with joint venturer Cedar Woods Properties saying this afternoon it was disappointed and would seek to recover its costs.

The 75-hectare mixed-use Mangles Bay Marina project, a joint-venture between LandCorp and Cedar Woods, has already been granted environmental approvals at both state and federal levels.

Planning Minister Rita Saffioti today accepted a recommendation by the Western Australian Planning Commission to not proceed with the Metropolitan Region Scheme (MRS) amendment to enable a marina to be built at the Point Peron site.

The proposed amendment sought to rezone parts of Point Peron reserve in the City of Rockingham to facilitate the development of a marina, including the provision of 500 boat pens, complete with stacking facilities.

Development plans also included other surrounding land use proposals in addition to a significant amount of residential development, tourism, commercial and public open space, including a hotel, cafes and restaurants.

In September 2017, the WAPC considered the MRS amendment for the Mangles Bay Marina proposal, and resolved to not support the amendment for final approval.

When considering the proposed MRS amendment, Ms Saffioti said she accepted the commission’s reasons for withdrawal, which included; the proposed scale of the development being large compared to the overall Point Peron reserve; and the Rockingham Lakes Regional Park, as well as Lake Richmond, being an important link in a series of reserves.

A total of 496 submissions were received, with 403 from nearby suburbs and objecting to the proposed amendment.

Last week the Conservation Council of Western Australia issued a statement announcing it had penned an urgent open letter to the state's Environment Minister Stephen Dawson, over concern that the development would negatively impact the colony of Little Penguins on Penguin Island.

CCWA stated that Mangles Bay was reportedly a key feeding area for the penguins and existing boats were already contributing to a quarter of penguin deaths.

Ms Saffioti was mindful of the scale of the proposed marina development but found that, as Minister, she did not have the ability to amend the advertised proposal to an extent that might be sought, resulting in Ms Saffioti determining that the proposed amendment should be withdrawn.

As the proposal was a joint venture between Landcorp and Cedar Woods, the State Government will need to ascertain the commercial and financial implications of the decision.

“The Mangles Bay Marina proposal has attracted significant interest in the local community and beyond,” Ms Saffioti said.

“While this state government is keen to support new tourism projects across WA and will continue work to develop those, this proposal could not be supported given the commission’s concerns.

“The state government looks forward to working on alternative projects to boost jobs, and create new places for people to live and visit.”

The minister’s decision not to rezone the land under the MRS is without appeal rights and Cedar Woods said today’s decision would likely end its involvement with the project.

“We are disappointed with the minister’s decision given the project was initiated by the state government and had previously attracted its support,” managing director Nathan Blackburne said.

“As provided for in agreements with the government, we’ll now pursue recoverable costs.”

As the project was being undertaken through a co-development arrangement with LandCorp, Cedar Woods has not acquired any ownership in the project land, however, the company is carrying its interest in the project at $6.3 million, which represents only 2 per cent of net assets.

Cedar Woods said there was the potential for full recovery costs from the state government.

In the worst case scenario it believes it would at least recover $3.7 million and costs not recovered would be recognised as an impairment of no more than $2.6 million after tax in its financial year statements.

The commission’s report on submissions, including the full WAPC recommendation can be found at http://www.planning.wa.gov.au.