Managing power behind the throne

Both major WA parties have new faces directing operations behind the scenes. 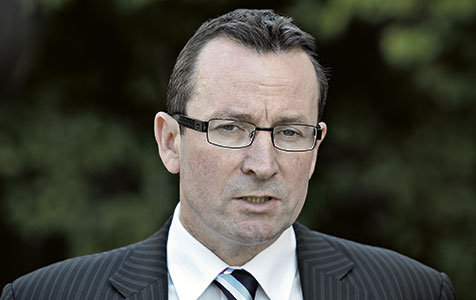 When the WA Liberals' state director Ben Morton told party officials in May of his intention to resign after seven years in the job, the immediate concern centred on the crucial 'political smarts' that would be walking out the door with him.

A key factor was that his replacement would have to learn the job virtually from scratch, while Labor's counterpart would have the advantage of continuity based on experience gained from a similar period on the job.

They need not have been so concerned, because it seems the Labor Party had other ideas.

Tensions between opposition leader Mark McGowan's office and the party machine headed by Simon Mead boiled over. It was revealed that Mr Mead was 'out' and that Patrick Gorman, formerly on Kevin Rudd's staff and currently working with the United Voice's union head office in Sydney, was 'in'.

It seemed a smartly organised exchange. If only such transitions were that simple.

So how has the contrast between the handling of the two key posts by the major political parties become so marked?

The responsibilities are basically similar: directing election campaigns; liaising with and providing political advice to their federal and state MPs; and coordinating head office operations, including membership, finance and fundraising activities.

Mr Morton came from NSW, where he had been a Liberal candidate. Shortly after his arrival in the west 2008 he was on hand to witness Troy Buswell's demise as the state leader, and Colin Barnett's reinstatement in the top job (and subsequent success at the snap election called by Alan Carpenter).

From there it seemed Mr Morton has hardly put a foot wrong. But in politics you can never underestimate the help you might get from your opponents. For example, the Rudd government's planned super profits tax on the mining industry in 2010 led to millions of dollars flowing to the Liberals from the mining sector, on a par with that achieved by former Labor premier Brian Burke in the 1980s. It was manna from heaven.

The opposite, of course, was true for WA Labor.

A crucial difference between the Liberal and Labor posts is that the Liberal director is appointed, while Labor's is elected. So, theoretically at least, filling the Labor post requires the support of a majority of the party.

Well, yes and no. The Labor position is made more complex by factional politics. While decision making in a broadly based political party would normally be from across the spectrum, party control has descended into the hands of a couple of union chieftains. That in itself is an issue. In a state like Western Australia where union membership is extremely low, it is an increasingly fundamental problem when the party must appeal to the middle (non-union) ground for electoral success.

It seems that Mr Mead and Mr McGowan (and the leader's staff) increasingly disagreed on various issues. One was the 'Debt Monster' gimmick hatched out of the leader's office; Mr Mead, understandably, believed it was puerile.

The upshot to the growing tension was that Mr McGowan told Mr Mead's key backer, also United Voice, that his position had become untenable. The union, after limited consultation agreed, and feelers were put out for Mr Gorman's return to Perth.

Disagreements between party machines and parliamentary leaders are not new. One high-profile internal dispute was during the 1996 federal election campaign between then prime minister Paul Keating, and Labor national secretary Gary Gray, now the MHR for Brand. Simply put, the two were not on the same page.

Labor's time in office was up; after all, 13 years in power is not a bad run. But Mr Keating wanted the advertising campaign beefed up. Mr Gray, having seen the party's internal polling, knew the money would be wasted. He privately dubbed the PM as 'captain wacky', and hung on to the advertising dollars for another day.

Because Labor's secretary is elected, not everyone is impressed by Mr Mead's successor being decided by a couple of key players. Mr Gorman is still to be endorsed.

Another factor is the payout to which Mr Mead believes he is entitled – about $250,000. That's the cost of funding campaigns in two marginal seats. And in a cash-strapped party preparing to fight federal and state polls over the next 20 months, that's a lot of money.

Internal critics say that if Mr Mead's performance had been such a problem, why wasn't it picked up last year when he won a ballot for a further three-year term. If he had lost, his payout would have been far more modest.

The answer, of course, lies in the power exerted by a couple of unions. The left dominates the WA Labor Party forums, although the party's major performers in state parliament are not factionally aligned.

While the structures of the Liberal and Labor parties might present a stark contrast, Mr Mead's successor remains a mystery. It's messy, but the ultimate test for both parties' changes lie in the ballot box.