Delivering a budget surplus used to be the key performance indicator upon which all treasurers across the nation were judged, but this has now been replaced by the ability to deliver jobs back to the economy. 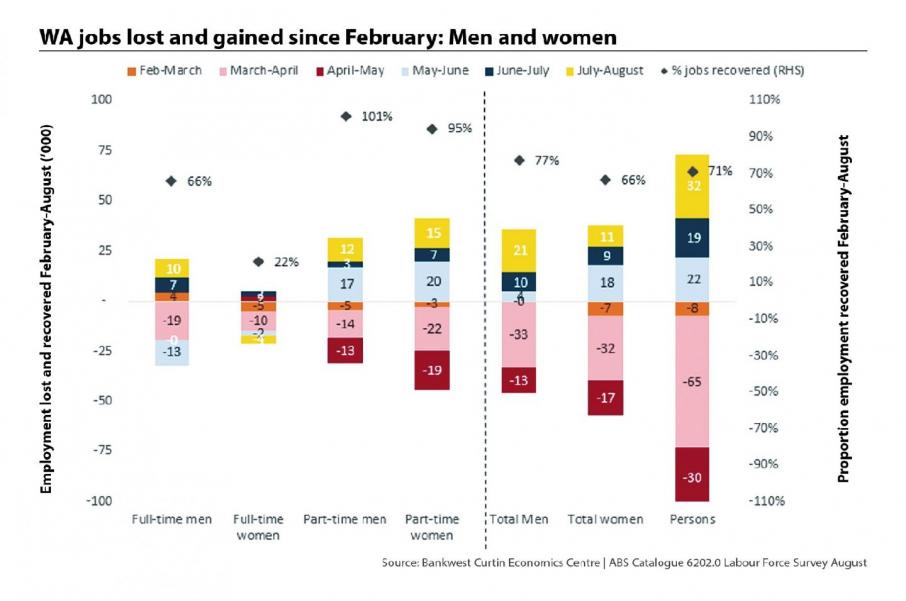 Delivering a budget surplus used to be the key performance indicator upon which all treasurers across the nation were judged, but this has now been replaced by the ability to deliver jobs back to the economy.

Western Australia’s treasurer, Ben Wyatt, has managed to do both, with more than 70 per cent of the 100,000 jobs lost since February now recovered within the state, and continued operating surpluses over the forward years (albeit somewhat downgraded).

As with any story, however, there’s always more to it.

The recovery in the labour market has not been evenly spread between women and men, youth unemployment is still quite high and underemployment is 1 percentage point higher than it was a year ago, at 6.7 per cent.

And while the operating surplus of the government is still in the black, the underlying cash surplus, which captures expenditure on things such as the government’s $26 billion infrastructure investment, is not.

But this shouldn’t be seen as a bad thing; in fact, quite the opposite.

Government budgets should be managed over the business cycle, and spending in an economic downturn to prevent one is the right course of action for any economy.

The consequences of not spending will likely lead to more job losses and erode critical infrastructure needed to support a well-functioning economy.

A closer look at the profile of employment recovery so far indicates that part-time employment among women has more than recovered and is at 72 per cent for men.

This means that part-time work has pretty much fully recovered in WA, with 86 per cent of part-time employment now returned.

Recovery in full-time work has been a lot slower, especially for women, who so far have only returned just over a fifth of fulltime employment lost.

For men, it’s more than three-quarters.

Notwithstanding the greater volatility in these figures, the patterns tells us it is quite likely many full-time job losses are now permanent rather than temporary, and that more government stimulus and support is needed to deliver full-time work.

There’s also another story brewing here in WA: a situation where there are plenty of vacancies but not the workers to fill them.

The internet vacancy rate in WA is the highest it has been in some time, with more than 17,000 jobs advertised in the past month, representing an increase of 8.7 per cent, amid reports businesses can’t find workers to fill particular roles.

This mismatch between workers and employers is likely to become more of an issue as time progresses, and can constrain industry performance and, consequently, growth.

The new education and training packages announced by state and federal governments may help bridge some of these gaps, but it takes time to gain knowledge and experience, and isn’t necessarily an overnight fix.