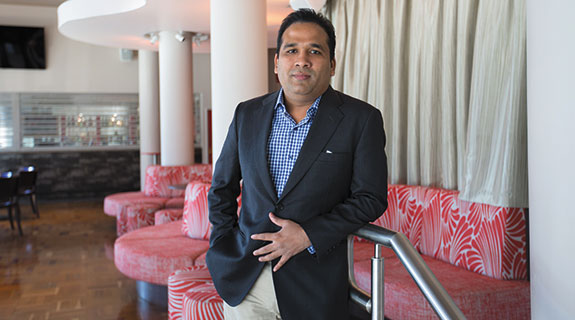 Malaysia’s Malindo Air will start flying between Kuala Lumpur and Perth in mid-November, with the flights to ramp up to 11 times per week from December 3.

“Malaysia is a popular destination and the network itself has a lot to offer,” Mr Rama Muthy said.

“But nowadays a lot of people like to go to more than one city, so we have a great product and a great network for the people of WA to fly to Malaysia to connect further.

“We are looking to move up, maybe even top the list,” Mr Rama Muthy told Business News.

“Bali is nice and easy, but it’s similar to Bali in Langkawi and Penang.

“For the very competitive rates we’re offering, instead of going to Bali, you can now consider a few other destinations.”

Along with cheap rates, starting at $229 to fly to Kuala Lumpur from Perth, Malindo Air does not charge extra for baggage, includes in-flight entertainment in the fare, and also has wi-fi on board all flights.

And, like a lot of other airlines servicing Perth, Malindo Air is also seeking to establish WA as a tourist and business travel destination of choice for South-East Asian passengers.

Mr Rama Muthy said Malindo Air, which started flying in 2013 and is a joint venture between Malaysia’s National Aerospace and Defence Industries and Lion Air of Indonesia, was creating a transit hub in Malaysia, with Perth looming as a key element in its expansion plans.

“We are not only targeting WA to fly with us, but we are also targeting Malaysian, Indian, Thai and Chinese tourists to come to Australia,” he said.

“Western Australia has a lot to offer as a tourism product, which is an easy thing for us to market.

“And tourism revenue is good for the airline as well as the state.

“The trickle-down effect of an airline is huge.”

Mr Rama Muthy said the airline had been evaluating Perth since the beginning of the year, while planning is also under way to add Sydney and Melbourne to its network.