Malcolm in the middle of a political stalemate

OPINION: The federal Liberal government’s failure to deal with the issue of same-sex marriage is indicative of a party more concerned with its own internal machinations than effective governance. 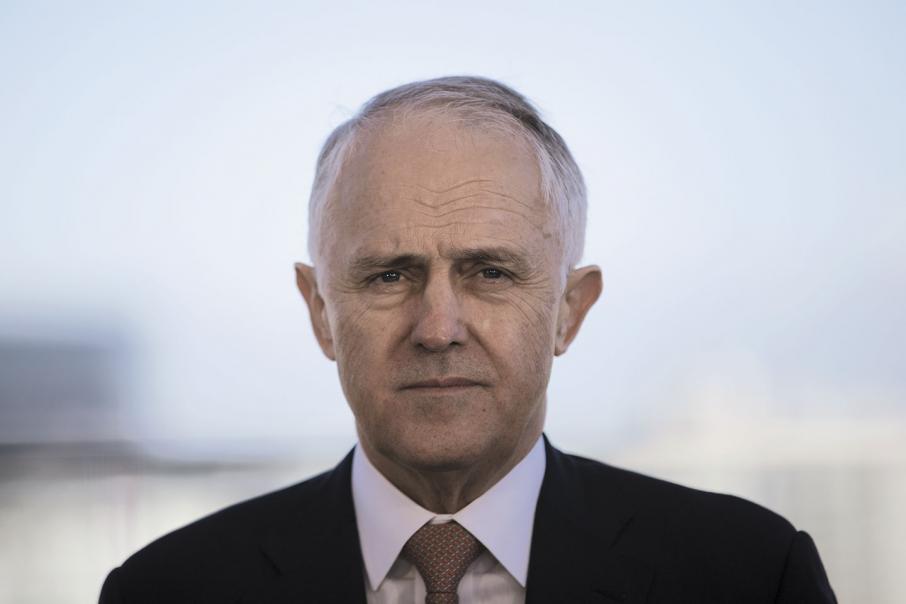 Despite his party choosing him over Tony Abbott, Malcolm Turnbull can’t shake his predecessor’s influence over policy. Photo: Attila Csaszar

Does the federal Liberal Party have a death wish? It’s a fair question, following the extended visit to Western Australia by Prime Minister Malcolm Turnbull and his cabinet ministers.

The visit was meant to be a fence-mending exercise. And after the state party’s wipeout at the March 11 election, there’s plenty of work to do.

But then Liberal Senator Dean Smith unveiled his campaign for the party’s MPs to be given a free vote pursuing the legalising of same-sex marriage (SSM), and the issue took on a life of its own.

Instead of building bridges with WA during his news conferences, discussing what his government was doing to benefit WA (GST aside), Mr Turnbull was repeatedly asked about Senator Smith’s move.

In exasperation, he noted that only a handful of the hundreds of people he had spoken to during the visit had raised the SSM issue.

Which probably illustrates the point. SSM is not on the radar for most Australians and does nothing to create badly needed jobs around the country, or restore business confidence.

Mr Turnbull inherited the dilemma when he toppled Tony Abbott for the prime ministership in 2015. Mr Abbott devised the policy for a plebiscite, which the party took to last year’s election. When put to the vote in parliament, Labor led the charge to defeat it.

Labor leader Bill Shorten has agitated for legislation to decide the issue. Whether a subsequent conscience vote by all parties would endorse the move is uncertain, but the push by Senator Smith and other Liberals to pursue the matter reignited debate and provided an unwelcome distraction as federal parliament resumed after the winter break.

The prime minister personally favours change but has been locked in by his undertaking when he regained the leadership. He must find being constrained by the Abbott policy personally galling, but that’s the price he paid.

Regardless of where he stands on the political spectrum, Mr Turnbull is the most able in the Liberal team. But the Liberal factions seem determined to repeat the errors of Labor in the 1960s when it became preoccupied with internal conflict, rather than beating the Liberals.

Former Labor leader Bill Hayden called it the ‘politics of the warm inner glow’ – it makes you feel good even if you end up on the opposition benches. Bad luck about your supporters.

Most Australians just want the Liberals to get on and govern. Fixing the economy would be a good start.

The McGowan government’s decision to sell the naming rights for the new Perth Stadium, as well as for the distinctive Perth Arena, compounds an earlier (and costly) error under the previous premier, Colin Barnett.

What is it about government contracts? Too many are bungled with lame excuses and it’s the taxpayers who end up shelling out, often millions of dollars. No-one is brought to account.

Selling the naming rights for the flagship stadium, even if it does raise an estimated $10.5 million over four years, is short sighted. International events will be staged there – Ashes cricket Tests, for example – as well as AFL and other big sporting contests. The coverage of those events would bring exposure for Perth that money can’t buy.

And with some smart marketing the dividends, in terms of increased tourism and investment, would flow from that exposure. Perth would be a must-visit destination.

So who was responsible for that waste of taxpayers’ money? No accountability there.

And what assurances can Labor give on responsible spending, with millions of dollars already going on payouts to senior public servants who have lost their jobs, let alone the tens of millions to contractors for the dumped Roe 8 project?

Perhaps iconic WA companies will win the naming rights for the venues. That could be the best of both worlds. We live in hope.