A new international player is keen on making a big impact in local property. 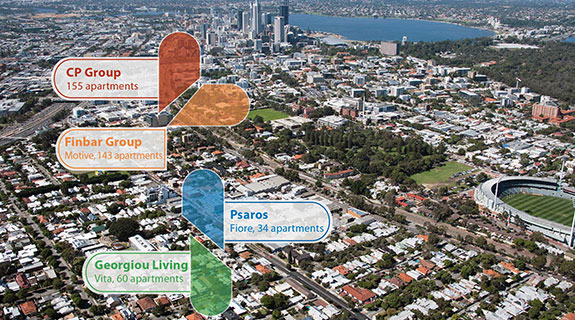 GROWING UP: West Leederville is firming as a preferred destination for apartment developers.

A new international player is keen on making a big impact in local property.

Malaysian construction and development company CP Group is sharpening its focus on Perth, with a new hotel proposal adding to its Western Australian pipeline, which includes an apartment project in West Leederville and a 1,900-lot subdivision near Mandurah.

CP Group has a solid history in Malaysia, with its construction arm operating since the early 1980s.

Its flagship project, the Queensbay waterfront city shopping mall in Penang, was developed in the mid-2000s.

The developer is planning to build 1,900 lots over 120 hectares, with construction scheduled to begin by the end of the year.

Its plan, which was approved by the metropolitan central development assessment panel in July, is to build 155 apartments in two buildings of 10 storeys each at 166 Railway Parade, just two lots down the road from Finbar Group’s Motive apartments, where construction began recently.

The development is also near the Carcione Group’s office and apartment development on Railway Parade, which has had mixed success since it was completed in September last year.

The office component of that project remains empty, with a leasing campaign being coordinated by CBRE ongoing, while not all the apartments appear to be inhabited.

Other developers active in West Leederville include Georgiou Living and Psaros.

Marketing of Georgiou’s $40 million, six-storey, 60-apartment Vita, to be located on Northwood Street, was launched in March, with the developer expected to begin construction before the end of the year.

A Georgiou Living spokesperson said there had been a significant uptick in inquiries regarding the apartments at Vita in recent weeks, following a slower than anticipated start to 2015.

“One-bedroom apartments have proved most popular with buyers to date, with 65 per cent of these now sold,” the spokesperson said.

Psaros is more advanced on its 34-dwelling Fiori project, also on Northwood Street, with construction of that project already under way.

Closer to the city, a private company associated with CP Group, CP Landmark Pty Ltd, recently lodged a development application with the City of Perth to build an 18-storey, 270-room hotel at 90-96 Beaufort Street.

The proposal has a base construction cost of $42 million before fit-out and other expenses, and will be assessed by the City of Perth development assessment panel in coming weeks.

Its construction arm, Tanigra Construction, has built nine hotels in Malaysia since its first project, the Tanjong Jara Beach Hotel, which was built in 1991.

CP Group is expecting to complete the hotel by 2018, subject to necessary planning approvals.

The proposal, which is yet to be assessed by the City of Perth DAP, comprises a 25-level building containing 250 hotel rooms, as well as associated dining and bar facilities.

City of Perth documents indicate the hotel, designed by Campion Design Group, has a base construction cost of $38 million.

If the project is approved, the hotel will be built using a modular construction method, but a modular partner has not yet been finalised. 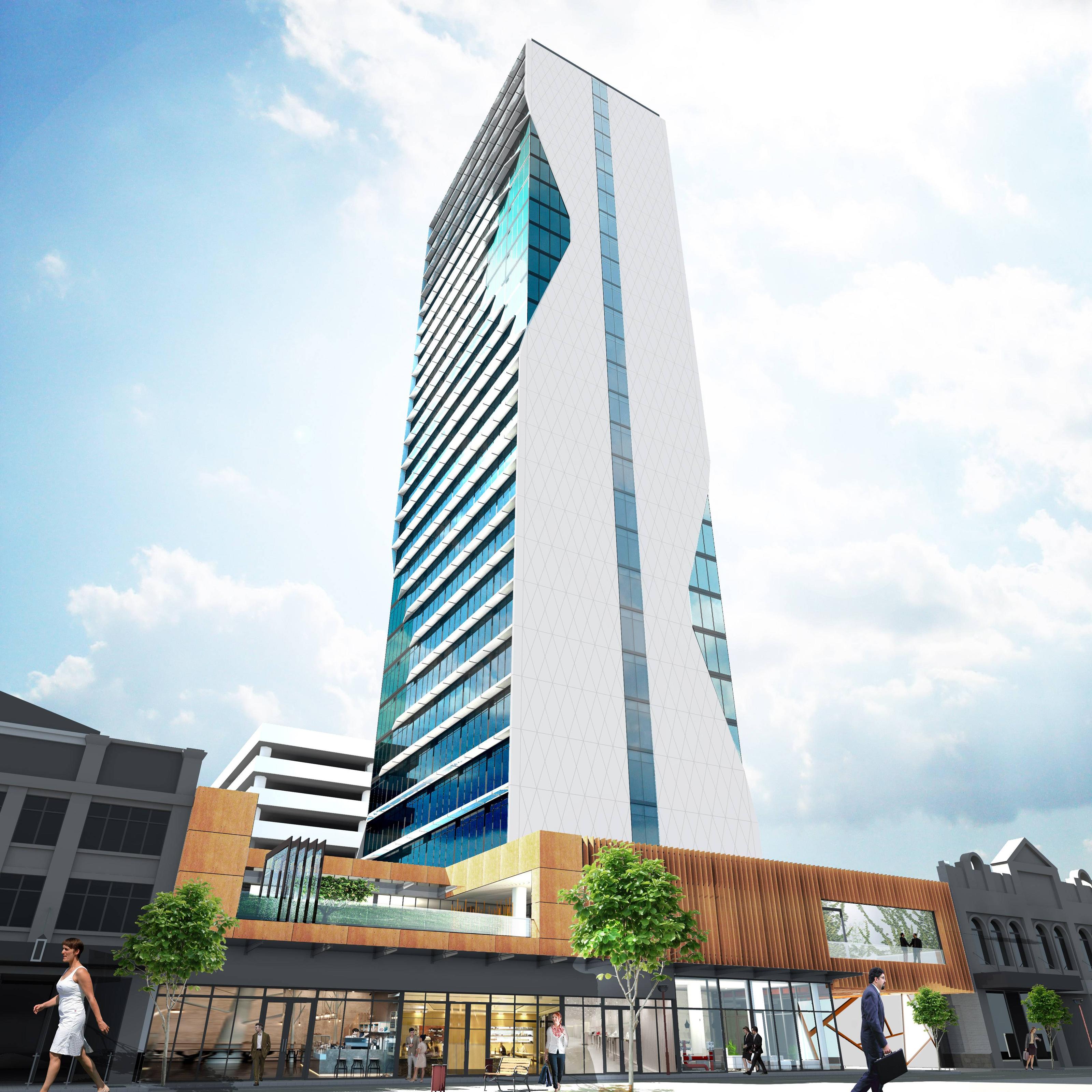 MODULAR: An artist’s impression of the hotel proposal at 900 Hay Street.

Kish Consulting managing director James Kish, who is project managing the development on behalf of Mr Atzemis, said discussions with a number of modular proponents, including Chinese group CIMC Modular Building Systems, had been fruitful.

“We’ve been very impressed with the standard of presentation of the mock-up modules that we’ve seen and we’re very keen and excited to see them rolled out here.”

Mr Kish said the decision to run with a modular construction method, which lends itself to hotel building, ultimately came down to pricing.

“We looked at a traditional build option and the pricing was the other side of the ball park … and certainly the timing, the time that it takes to construct the building, was a major issue for us as well,” he said.

An operator has also been lined up for the hotel, but Mr Kish said he was not able to reveal its identity, only saying it was a well-known international group that was undaunted by the level of hotel development activity in the Perth market.

“This particular group are a little underweighted in Perth and they’ve been looking for an opportunity for some time,” he said.

“They have been very much sold on the location, they think it’s a fantastic spot and they see the benefit of the hotel being there.

“From a market conditions point of view, this is a 3.5 to four-star hotel … we think, and certainly the operator has a view, that there is a fair amount of scope in that particular area and at that particular standard.”