MALAYSIA is becoming a destination of choice for Western Australia's goods and services, especially agriculture, and with significant development of the country's southern region in the pipeline, future export prospects are getting brighter. 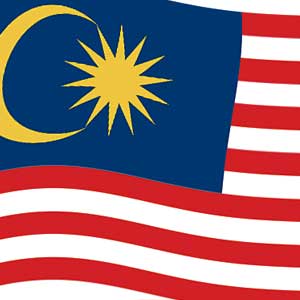 MALAYSIA is becoming a destination of choice for Western Australia's goods and services, especially agriculture, and with significant development of the country's southern region in the pipeline, future export prospects are getting brighter.

Malaysia is a leading member of the Association of South East Asian Nations and the importation of goods from Australia has grown steadily for the past five years.

In 2007, Australia exported $3.15 billion worth of goods to Malaysia, largely made up of metals such as copper and aluminium, as well as agricultural products including wheat and sugar.

This is a significant increase from about $2 billion in goods Australia exported in 2003.

Major services exported to Malaysia include education and education-related or personal travel, generating a further $1.3 billion for the nation's economy.

"Australia is the number one supplier of education and number two supplier of food to Malaysia," he said.

Agricultural exports range from livestock, such as cattle, goats and even camels, to wheat and other grains; a market that's valuable to WA farmers.

According to figures from the Australian Bureau of Statistics, the value of WA exports to Malaysia during the past three years has grown from $327 million to $755 million to the year ending June 2008. That's an increase of 131 per cent.

Exports of WA cereals, including wheat, have had an even greater increase in the past year, increasing from almost $12 million last year to more than $112 million in the year ending June 2008, a rise of 833 per cent.

Although the AWB wouldn't divulge details about the tonnage of WA wheat exported to Malaysia during the past year, AWB spokesperson Paul Ryan attributed the jump to a variety of factors.

The most prevalent was the effect of the drought on eastern states wheat stocks combining with record high prices being placed on wheat across the world markets.

The advantage for WA farmers, according to Mr Ryan, is our location relative to the valuable South East Asian region.

"Malaysia is a very import market, as are all the countries in the region," he said.

"It's really our bread and butter because for our competition, like the US and European farmers, it's their weakest market while it's our strongest."

And the development of a Dubai-like financial hub called Iskandar Malaysia currently under way in the southern region of the country further boosts the potential for WA exporters.

"There's no doubt there's a Western Australian advantage in all of this and that is the fact that Perth is the nearest of the significant Australian capitals to Malaysia," Mr Kane said.

"There are a lot of Malaysians who have taken up a relationship with WA, particularly through the acquisition of a residential property in Perth; long term that really helps cement relationships."

"We even have an MOU, which is very unusual for a state government to have an MOU with a federal government, between the WA government and the Malaysian government in agriculture," Mr Jacob said.