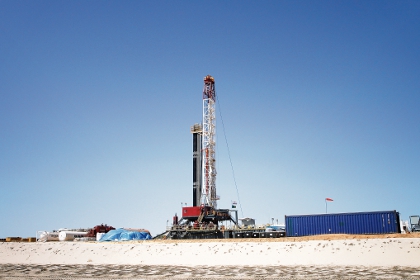 Oil and gas play Mako Hydrocarbons announced this morning it had entered a farm-out agreement with CPO to develop its interest in the Duverney shale.

The agreement will see CPO initially invest million ($209.6 million) for a multi-well appraisal and development drilling programme over the next three years at the Duverney shale play in Alberta.

The farm-out deal could see up to 20 appraisal wells drilled over the next three years.

The Duverney shale has been touted as Canada’s equivalent to the highly prospective Eagle Ford shale trend in south Texas.

More than billion has been spent to date on land acquisitions in the area, while significant appraisal and development is under way by leading industry players including PetroChina, ConocoPhillips, Shell Talisman, Exxon and Sinopec.

CPO is an unlisted public company created to act as an investment vehicle for Asia-based enterprises, investment funds and banks in Canada's oil and gas industry.

The company is planning to list on the Toronto Stock Exchange's Venture Exchange.

CPO will become the operator of the acreage, while Mako will retain a 12.5 per cent working interest, down from a 50 per cent holding.

Mako also holds an option to increase its working interest to 20 per cent.

Mako vice chairman Simon Owen said the transaction was a transformational event for the company.

“We are delighted to introduce CPO as our partner to carry Mako for a portfolio of wells that we hope will demonstrate the significant potential of our land holding,” Mr Owen said.

“Increasing industry activity and promising early results indicate that the Duverney shale has the potential to be one of North America’s most promising liquids rich resource plays.”

Transerv said it would receive $14.076 million on settlement of the transaction.

The sale remains subject to formal documentation and due diligence, which is expected to be finalised by the end of next month.

Transerv said by offloading its assets in Alberta, it will be able to focus on projects it holds an operating interest, therefore controlling the direction and pace of its activities.

And in the final agreement announced today, CPO will purchase Tamaska Oil and Gas’ interests in the Duverney shale for $3.6 million.

“Completion of the CPO transaction will fund the active pursuit of new oil and gas asset opportunities and we are looking forward to this next phase of the company’s development,” Mr Morgan said.