Making up the numbers on green grants

WESTERN Australia has received just less than 6 per cent of the total grant allocation from the first two rounds of the federal government's Green Building Fund, securing a total of $1. 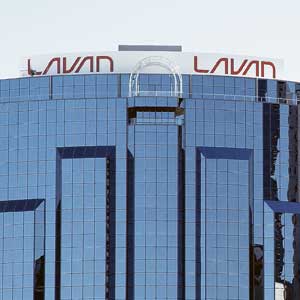 WESTERN Australia has received just less than 6 per cent of the total grant allocation from the first two rounds of the federal government's Green Building Fund, securing a total of $1.72 million to make offices environmentally friendly.

WA projects made up just four of the 89 projects to receive a total of $29.5 million from the grant program, which is designed to help commercial office buildings reduce their energy consumption and greenhouse gas emissions.

The owner of 251 Adelaide Terrace, GDI Property Group, will implement a number of major energy saving strategies, including solar panels on the roof to power lighting to all common areas, installation of more energy-efficient lighting, and a new chiller.

The green retro-fit is part of an extensive $4.5 million renovation currently being undertaken in the building, which involves a new outdoor area, new lobby and lifts.

Grant recipients are required to match the government funding dollar for dollar.

He said he expected the WA contingent in the next round of offers to be higher as more property owners gained a better understanding of the grants process.

"The actual process to get these grants is quite onerous and convoluted and complicated. That's one of the issues we've had with the grants procedure," Mr Lenzo said.

"We didn't get much of a hit when you look at a per-capita basis. But there wasn't the flow of applications from WA."

Mr Lenzo said tenant demand was the key driver for property owners to green their buildings.

"Property owners, if they want to stay in the market that's now softening, they need to get around four-star green star capacity anyway," he said.

"There's a flight to quality, and the lower grades buildings will suffer unless they refurbish and do so in a sustainable way."

"There's considerable talk between government both federal and state saying they want government tenancies in buildings with a minimum three-star green star moving to four. The market and government are sending the signals."

The council wants to see greater incentives and assistance from local and state governments for what is likely to be a costly and lengthy process of upgrading office buildings.

"Upgrading lighting systems and heating and cooling in the building can reduce greenhouse gas emissions, it's really the low-hanging fruit."

The rating takes into account all aspects of the design, construction and materials, as well as energy consumption.