For a man tasked with delivering air travel solutions and encouraging people to fly, Kevin Brown says the bulk of his recent work has involved helping the travelling public spend less time in transit. 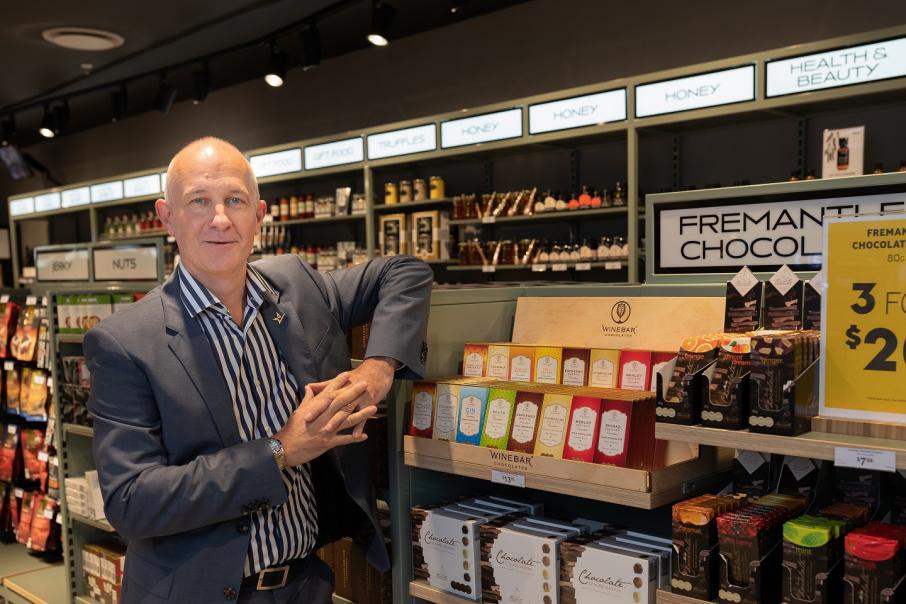 Having secured direct flights to Perth from Tokyo, Shanghai and Manila, Kevin Brown is focused on further strengthening connections with Asia.

For a man tasked with delivering air travel solutions and encouraging people to fly, Kevin Brown says the bulk of his recent work has involved helping the travelling public spend less time in transit.

Business News spoke with Mr Brown, Perth Airport chief executive since 2016, on the day of China Eastern Airlines’ inaugural flight from Shanghai to Perth last month. He said good connections and timely transfers were in passengers’ and airlines’ best interests.

“Your leisure time is precious and you don’t want to spend time getting somewhere the long way,” Mr Brown said.

“If you only get a week’s leave you want to spend it on the ground, in the destination, not flying around.”

The value proposition of direct routing is at least part of why Perth Airport has worked alongside the state government and Tourism WA to secure a direct connection with Shanghai.

The six-week China Eastern trial under way is the result of work by the state government and Western Australian tourism officials to highlight Perth as a western point of entry to Australia.

The state government has repeatedly touted the results of this strategy, announcing in January that 500,000 extra seats had been added into Perth’s air market in the past year, as well as promoting data from Tourism WA that shows 987,700 international visitors had arrived in WA in the year to September 2019.

With those visitors spending a cumulative $2.3 billion in the state, Mr Brown framed the economic exchange of such partnerships as paramount.

“With direct routing you grow and stimulate the market because it’s easier to connect,” he said.

To hear Mr Brown tell it, direct connectivity has always been a challenge for Perth, highlighted prominently when, soon after he took the Perth Airport role, he learned that WA lacked a direct route to Tokyo.

Though the airport has now secured regular flights with All Nippon Airways as carrier, direct connectivity with major Asian destinations remains problematic.

In addition to the six-week Shanghai trial, which the government hopes to make permanent, Perth has just two regular direct connections with China – Guangzhou three to five times a week and Hong Kong up to 10 times a week. India, the world’s largest country by population, has no direct routes with Perth.

Mr Brown told Business News that while he was pleased the airport had secured direct flights between Perth and Manila, which will begin in March and add around 70,000 more seats to the market, more work was needed.

“There’s a lot still to do; it’s never-ending.”

Though adding more direct routes has been a major focus for Perth Airport, Mr Brown flagged $3 billion of investment over the coming decade as integral to the airport’s strategy.

Mr Brown explained that investment would add a new runway and connect the domestic and international terminals into a single hub, which would be necessary to accommodate any additional routes the airport secured in the 2020s.

“Coming here, there were a lot of direct routes that weren’t in place, like in Japan, China, the Philippines, Vietnam and India,” he said.

“To add more routes, you have to make sure you have the facilities to handle it, because as you grow the business you want to be able to allow the airlines to grow with you.”

While Mr Brown claims investment is being undertaken for the sake of stakeholders, not all have been accommodating of the airport’s growth plan.

Qantas has notably been locked in a year-long battle with the airport over fee disputes relating to the expansion, casting doubt over whether the carrier would move from the old domestic airport as required when its new terminal opens in 2025.

Mr Brown, however, contends the expansion is a commercial necessity given the focus on adding more routes throughout the coming decade.

Despite efforts made to ensure Perth Airport is as convenient and accessible as possible, Mr Brown understands it is just a catalyst for tourists’ experience of Perth.

“You can have a great airport, but you’re not going to come here unless you’ve got a reason to come here,” Mr Brown said.

He believes a broader problem is that Western Australians don’t do enough to promote the relative value of the state, including its GMT+8 time zone as well as its adjacency to Asia.

Though highly complementary of Perth’s ambience, praising its beaches and history, Mr Brown said there was a tendency for its residents to take it for granted.

“That brings us back to the narrative of who are we and what are we, and making it clear we have a proposition to those different countries and meeting the needs and aspirations of those visitors,” he said.

“There isn’t one-size-fits-all message, but there needs to be a refreshed narrative.

“What is it that we should be proud of in our city and state?”