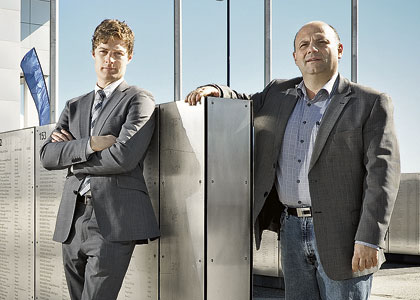 Impact 100 WA, which was officially launched last week, is a collaborative giving group that gathers donors who gift $1,000 each. The funds are then pooled to make $100,000 grants to community organisations and charitable causes.

Impact 100 WA committee chairman Simon Bedbrook said the organisation aimed to encourage young professionals to give by having a modest minimum donation, to expand individual awareness of community sector organisations’ work in WA, and to establish ongoing giving from individuals.

After funds are pooled ($80,000 has been committed so far), donors can nominate a charity or program they would like the $100,000 grant to go to. The committee then undertakes a due diligence review process to reduce the potential charities/causes down to between three and five. Then, a dinner is held with all members of Impact 100 WA, at which a vote is taken on which cause the group should support with the grant.

An agenda is set each year for what cause should be the organisation’s focus – this year it is youth at risk. The aim is to raise the first $100,000 by the end of June.

Mr Bedbrook said it was looking like total monies raised would surpass that amount, which meant a number of smaller grants would also be made this year.

He said the beauty of the open structure of Impact 100 WA was that it aimed to get people involved in understanding the work of the community sector.

The group’s model is based on that of Impact 100 in the US, which started in Cincinnati; WA is the first Impact group to start outside the US.

Mr Bedbrook hopes the WA group will follow in the footsteps of the first American group, which has gifted more than $2 million since 2001, and has a high level of repeat donors.

Another recent addition to the philanthropy landscape is the Fremantle Foundation, an endowment fund that started operations in 2010.

The foundation has a strong focus on the local community and raised initial capital through support from patron Peter Bell among others. From interest earned on investment, it makes grants to local organisations, thereby working to improve community wellbeing.

It also recently signed its first ‘named funds’, an initiative that aims to encourage structured giving by families.

Named funds are the new frontier for the organisation. Families or individuals contribute a minimum of $10,000 over several years to the Fremantle Foundation, which goes into the collective pool of the endowment fund, with formal recognition given to the family or individual.

“The benefit of that is they can make contributions whenever it is suitable and then have a structured or strategic way of going about making a difference in the cause they feel passionate about,” chief executive Dylan Smith said.

The first family fund was launched last week, when Fremantle businessman Santo Merenda and his family launched the Merenda Fund.

“That was really exciting, the interest and the excitement it brought about in the family. There were already lots of good, robust discussions about what they would like to support and the ways in which as a family they would like to impact on Fremantle, not just in the short term but over time,” Mr Smith said.

Named funds are one alternative for families who don’t want to establish a Private Ancillary Fund, the federal government’s tax-deductable funds aimed at growing private giving with a minimum initial capital input of $500,000.

“The broad experience around the world is that once donors get involved in this way and they have a structured and strategic way of going about their giving, the benefits and rewards are much greater because causes are nutted out or highlighted and they can see over time the direct impact of their giving,” Mr Smith said.