Apartments developer Paul Blackburne says football’s move from Subiaco Oval to Optus Stadium can only be positive for the near-city suburb. 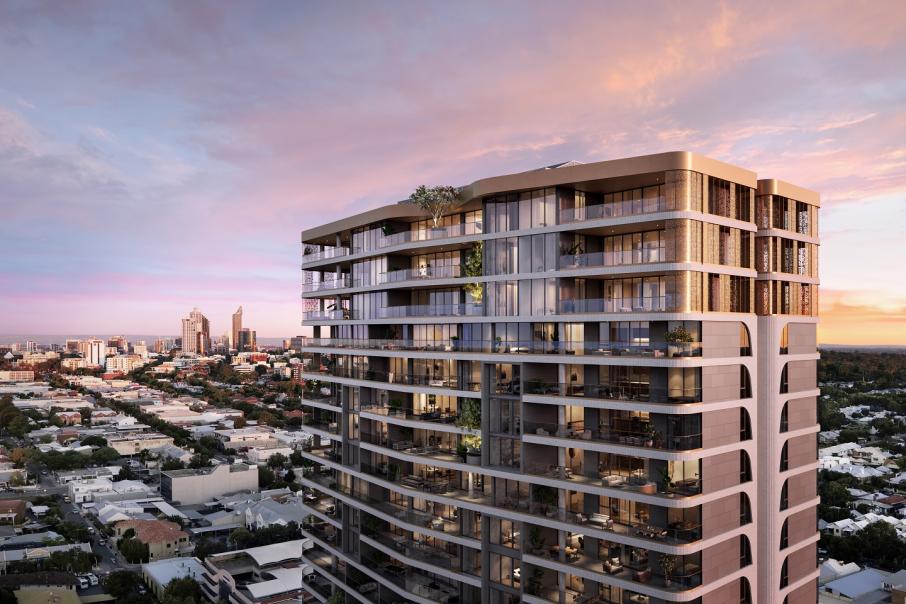 One Subiaco is among the biggest residential projects ever launched in Perth. Image: Blackburne

Change is coming to Subiaco, with a suite of major projects emerging that will significantly alter its look.

Apartments developer Paul Blackburne says football’s move from Subiaco Oval to Optus Stadium can only be positive for the near-city suburb.

Mr Blackburne is clearly invested in Subiaco’s success, with preparations for a public launch of his namesake company’s $270 million One Subiaco project well under way.

But his comments come against a backdrop of an increasing number of empty stores and vacant bars and restaurants along Rokeby Road, a cause of consternation for many locals pining for the return of a once-thriving retail and hospitality scene that was underpinned by AFL games at Subiaco Oval.

Mr Blackburne believes the only way Subiaco can bounce back is through major investment, which has become possible due to the AFL’s exit from Subiaco Oval.

What that investment might look like is starting to take shape, nearly two years after the last Sherrin was kicked through the big sticks in top-flight competition at the historic ground.

Blackburne’s One Subiaco, located at the old Pavilion Markets site, is the highest profile project to be launched in Perth for several years, with Mr Blackburne saying it is among the top-value residential developments in Perth’s history.

Mr Blackburne launched a comprehensive community consultation process immediately after purchasing the markets site around 12 months ago, and said public submissions during the project’s approvals process were overwhelmingly positive.

“More than 80 per cent of comments were in favour,” Mr Blackburne said at a recent Urban Development Institute of Australia event.

“Although you hear a lot about Subi locals being anti height and anti density, that is only a minority of Subiaco.

“The silent majority actually wants progress, they want development and they want things to happen.”

Mr Blackburne said he considered his company’s timing to be perfect, with Subiaco now drawing significant interest from rival developers.

“I was a bit lucky, we bought at the right time,” Mr Blackburne told Business News following his UDIA speech.

“Every site that comes up in Subi now, people are bidding on really hard.

“Subi’s time has come, we knew it would, and luckily I got in there with the biggest and best site.

Mr Blackburne’s confidence comes from a significant level of commitment from the state government to revitalise the suburb.

Earlier this month, Premier Mark McGowan and Planning Minister Rita Saffioti announced the approval of $227 million of investment to create the Subi East precinct, an urban redevelopment area stretching from the old Subiaco Oval to the Princess Margaret Hospital site that is expected to be the catalyst for more than $1 billion of private sector spending.

Subi East is expected to provide opportunities to develop more than 2,000 new dwellings, and is the result of more than 18 months’ collaboration between the Department of Planning, the City of Subiaco, local residents and the business community.

Subiaco Mayor Penny Taylor said one of her highest priorities since being elected in late 2017 was to provide a new framework for development by updating the suburb’s outdated planning scheme, which has been in place for more than 18 years.

The City of Subiaco has endorsed a new planning framework that allows for higher density along key arterial roads, while maintaining the heritage character of the older pockets of the suburb.

The new scheme is awaiting ministerial approval, which is expected in the coming months.

“The city is laying down the foundations for a vibrant future that embraces projects and redevelopment,” Ms Taylor said at the same UDIA event

“We now believe we have set ourselves up with a planning framework that protects our unique and valued character areas that gives Subiaco our village feel, and we will have a new planning scheme that will keep Subiaco relevant and progressive.

“Everyone wants certainty – residents, landowners, everyone in the community.

“Clear goalposts and clear boundary lines give certainty and gives everyone confidence in Subiaco.”

Ms Taylor said the planning framework also sent a clear message to local residents and the development community that Subiaco was a location of opportunity.

“Subiaco is now embracing its renaissance,” she said.

“We have overcome significant challenges in the last few years. Some are unique to Subiaco like the loss of football and the closure of Princess Margaret Hospital, but other challenges are more universal, like the Western Australian economic downturn and global retail challenges.

“But with change and redevelopment comes opportunity.

“We are working with business, industry and government to energise our city, create jobs and opportunities for residents and continue to generate the vibrancy that we know and love.

“Let me make it very clear, Subiaco is open for business.”

Also addressing the UDIA event was Member for Perth and parliamentary secretary to Ms Saffioti, John Carey, who said Subi East was indicative of the state government’s overarching vision of creating a more dynamic and liveable city.

He said a critical part of the state government’s vision was to deliver greater density and urbanisation in key areas of Perth, concentrated around transport hubs.

“The evidence is very clear; research tells us that people who live in dense, walkable communities are more likely to be happier, more socially connected and physically healthy.

“Density is the critical factor in determining whether a main street or a retail strip works or doesn’t. This issue is clearly relevant in Subiaco.

“Historical decisions of past councils to actively prevent density has meant that right now there are fewer people, less foot traffic for both day and night trade.”

Mr Carey said LandCorp and the Metropolitan Redevelopment Authority would ensure that good design would be a focus at Subi East, with any new development to be carefully integrated with the existing community.

“We are working to the objectives of the Subiaco redevelopment area and it means ensuring that we recognise and conserve the important heritage aspects that are a feature of the Subiaco East precinct and the design and quality of the built form created reflects and enhances the surrounding community,” he said.

“It is about delivering and efficient, connected urban environment with great local amenity that is accessible to visitors and residents and strong links to public transport.”

And Mr Carey said LandCorp and the MRA, as well as the City of Subiaco, would seek to assuage any concerns over what major change in Subiaco would entail.

“We should not be dismissive of concerns, but instead seek to address them.

“Poorly designed or poorly constructed apartment buildings should rightly concern everyone, and that includes industry and the state.”