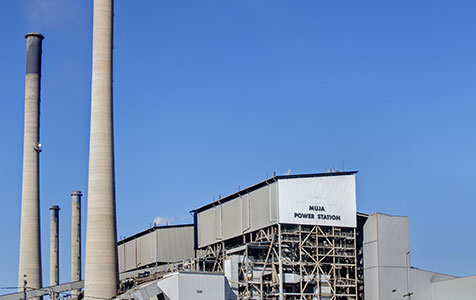 Verve Energy has been paid full 'capacity credits' for power stations that are only available half the time, a report by the state government's economic regulator has found.

In a review of the wholesale electricity market, the Economic Regulation Authority has concluded there are "perverse market incentives" that lead to the high level of unavailability of some Verve generating plants.

"The observed high level of planned outages of some Verve Energy generating plant is a concern," the ERA report stated.

"For example, in the 2010-11 capacity year, a number of Verve Energy's plants had planned outage rates of about 50 per cent."

"The Authority notes that the observed unavailability rates are significantly higher than the rates for similar plant in other electricity markets and is concerned that generating facilities that are unavailable for half the year are able to receive full capacity payments," its report stated.

It also concluded that the unavailability of large amounts of base load capacity was the main reason for price spikes at certain times.

The ERA called for a review of the incentives paid to generators, including the 'capacity credits' which are meant to ensure the system has sufficient generation capacity.

It said the issues with Verve may also be a result of the contract between Verve and Synergy assigned by the state government in 2010.

It called for a review of this contract, though that will likely be made redundant by the state government's planned re-merger of Verve and Synergy.

The high rate of plant outages was one of three main concerns raised in the ERA report.

Another concern was the substantial excess capacity that has accumulated in the market over recent years.

This problem is largely due to the pricing mechanism and the requirement for the Independent Market Operator to purchase, without limit, all certified capacity that has been nominated for bilateral trade, the report concluded.

The ERA estimated the direct cost of excess capacity to consumers in 2011-12 was about $26 million.

A third concern was the significant amount of liquid generation and "demand side management' capacity that has entered the market in recent years.

"Whilst acknowledging the valuable role that these types of capacity play in the successful working of the market (particularly in regard to plant diversity, which enhances system security), the Authority is concerned that the current market rules are resulting in an overall cost of capacity and energy that is higher than it needs to be, largely due to the incentives that the current mechanism provides."