Major Japanese players get in the game

Chinese interest in Australian property and resources may be in the spotlight, but Japan still has a significant foothold, particularly in WA. 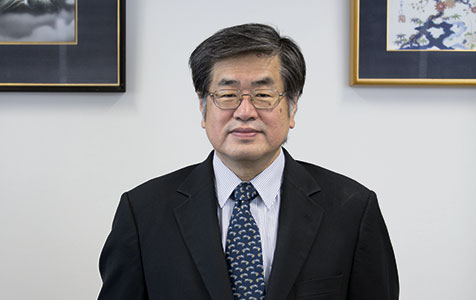 PARTNER: Koichi Funayama says Japanese investment is here for the long term, and is not too affected by sudden fluctuations in market conditions. Photo: Attila Csaszar

Chinese interest in Australian property and resources may be in the spotlight, but Japan still has a significant foothold, particularly in WA.

Japanese investment in Western Australia is nothing new with names such as Mitsubishi Corporation, Mitsui & Co, Marubeni, and Sumitomo associated with many significant projects over a number of years, and in some cases decades.

Marubeni, for example, opened its first Australian office more than half a century ago and now has a stake in 27 different ventures across the country – five of them in WA.

Mitsui has invested in six separate projects across WA with the most recent deal the acquisition of 7 per cent of BHP Billiton's Jimblebar iron ore project – aligning it with the 7 per cent holding Mitsui has across BHP's entire iron ore portfolio.

The deal cost Mitsui $700 million, $436 million of which came from a Japanese government-owned bank.

And it's not an isolated case, with research by Business News finding that the Japanese government is routinely bankrolling some of the most notable investments in WA.

Marubeni's buy into Roy Hill, much of INPEX's Icthys LNG project, and the TEPCO consortium's stake in Wheatstone, for example, have all been investments part-funded by Japanese state funds.

In the past two years, the Japanese Bank for International Cooperation (JBIC) has loaned Japanese companies more than $2 billion for investments in WA, spread across 10 separate deals.

Based on this premise, Japanese corporations wanting to benefit from WA's resource assets have dominated the list of JBIC investments (see attached).

The biggest contribution in the bank's history ($US5 billion) was confirmed in December last year to enable INPEX's progression of the Ichthys LNG project – a project creating significant business for WA companies.

That $US5 billion investment from JBIC was only part of the total $16 billion value of the deal, under which seven privately owned Japanese banks joined forces to co-finance INPEX's vision.

The banks included The Bank of Tokyo-Mitsubishi and Sumitomo Mitsui Banking Corporation, which have both recently set up offices in Perth.

JBIC's rationale for the huge investment was that it aligned with the government's Strategy for Securing Natural Resources.

"This prospect has made Australia, with its abundant gas reserves and political and economic stability, increasingly important as a supply source of LNG.

"In this context, supporting Japanese companies for developing energy resources in this project has a significant implication for securing a stable LNG supply to Japan."

JBIC also agreed to lend INPEX $US600 million to buy a 17.5 per cent stake in Shell's Prelude LNG project, which was co-financed by The Bank of Tokyo-Mitsubishi, Sumitomo Mitsui Banking Corporation, and Mizuho Corporate Bank to a total of $US1 billion.

Another LNG project accounts for JBIC's second largest contribution for a WA project in the past 24 months – $US1.9 billion to TEPCO consortium for the purchase of an interest in Wheatstone.

Mitsubishi Corporation and the Tokyo Electric Power Company (TEPCO) are the names most commonly associated with the Japanese consortium buying into Wheatstone, accounting for 40 per cent and 8 per cent of the consortium respectively.

However another corporation owned entirely by the Japanese government holds the largest share.

The Japan Oil, Gas and Metals National Corporation (JOGMEC) holds an objective similar to JBIC in that it is charged with securing Japan a stable supply of oil, natural gas, nonferrous metal and mineral resources.

That directive prompted it to fund 42 per cent of the TEPCO consortium's voting shares in Wheatstone, which enabled a long-term offtake agreement to be struck whereby 4.2 million tonnes per annum of LNG is to be earmarked for TEPCO.

Its involvement saved the day for TEPCO, which was unable to participate independently due to funding constraints forced by the Great East Japan Earthquake in March 2011.

JOGMEC's investment in WA goes beyond LNG, however, to include rare earths through an agreement with Lynas and tungsten in a joint venture with Vital Metals.

In March 2011, JOGMEC teamed up with Japanese trading house Sojitz to provide Lynas Corporation with $US250 million to secure 8,500t per annum of rare earths for the Japanese market.

In the same year it approached Perth-based tungsten miner Vital Metals with an investment offer; for $5.4 million, JOGMEC now holds a 30 per cent stake in Vital's Watershed tungsten project in Queensland, which it can transfer to a Japanese company of its choice to progress investment and offtake negotiations in the future.

"We are the operator but there's a fair amount of technical interchange," Mr Strizek said.

"For example we've been able to have some successes in regards to metallurgy – prior to the involvement of JOGMEC we had a fairly standard flow sheet."

He said JOGMEC suggested the company take a look at a processing method being used in China, which had paid off.

"It's provided some dividends for us in regards to much higher metallurgical recoveries and also a very saleable grade," Mr Strizek said.

The significant investments, particularly from government-owned corporations, belie commentary that Asian confidence in WA is falling.

The state government's North Asia commissioner, Craig Peacock, said high operating costs were having an impact, but had not become an absolute deterrent.

"There is, of course, impact but it's largely offset by the stable investment environment in WA," Mr Peacock said.

"Low sovereign risk and the potential of a repeal of certain federal taxes still make WA an attractive investment."

He added that Japanese investors were looking for long-term success goals rather than short-term wins.

"We need to realise that Japan is a unique customer and partner," Mr Peacock said.

"Proponents aim for a win-win result, not something you may say about many of our other investors."

The Consul General of Japan in Perth, Koichi Funayama, agreed and said sudden fluctuations were unlikely to knock Japanese confidence.

Mr Funayama has only been in Perth for two months following his most recent posting, in Alaska, but told Business News his countrymen's enthusiasm for WA investment opportunities was immediately clear.

"The first impression that I get is that they're hopeful and enthusiastic about doing business here and they have a very good perspective of the future," Mr Funayama said.

"As we have a long and deep relationship with WA, we are not easily upset by fluctuations in economic conditions (Japanese investors) are thinking in the long term perspective; sudden changes in the economy will not affect that relationship."

"My job is to find that third main pillar," he said.

Recently, there has been a degree of uncertainty over what impact Japanese Prime Minister Shinzo Abe's newly implemented economic policy (dubbed Abenomics) will have on international investment.

His aim to boost the sluggish local economy through fiscal stimulus, monetary easing and structural reforms over the past 10 months – combined with Tokyo being named host city for the 2020 Olympics – has already resulted in business confidence reaching a seven-year high.

The Japanese stock market has risen 55 per cent since Mr Abe became PM and consumer spending has pushed annual economic growth up to 3.5 per cent.

Mr Funayama said many people had assumed the improvement indicated Japan's economy had been well and truly in the doldrums, but he argued that wasn't the case.

"Japan has been suffering from deflation for a rather long period of time ... but from the outset it has not been as dreadful as this makes it seem," he said.

"The fact is that Japan's unemployment rate has never been higher than 5.4 per cent with the most recent rate of 3.8 per cent – its people never lost their purchasing power."

Allens Linklaters partner and sector leader for Japan, Tim Lester, said Japan's sluggish economy had prompted companies such as Mitsubishi, Mitsui & Co, and Sumitomo to put more focus on WA, but this had followed a long investment history in the state.

"It's investment that's taken place over a long period of time in a very calm and measured way, so it really hasn't attracted the attention that some of the investment from China has," Mr Lester told Business News.

"You scratch the surface and you realise how deep and important Japanese investment is to this economy and, more broadly, the Australian economy.

"It's much more important in terms of sunken investment in Australia than Chinese investment so far. The amount of assets owned by Japan far outstrips that which is owned or invested in by China."

Mr Lester said Japan's improving economy was likely to result in more Japanese companies looking for international investment opportunities, as the Japanese economy was not necessarily the most attractive place to park money.

According to the Foreign Investment Review Board, the amount of Japanese money flowing into Australia more than doubled in the 2011-12 financial year to $13.9 billion, despite the 'recovering' Japanese economy.

Mr Peacock said the trade relationship between Japan and WA would strengthen further if Mr Abe's government were able to finalise a free trade agreement with Australia.

Negotiations began seven years ago and the Abbott government has emphasised its desire to reach a conclusion within the next year.

Foreign Affairs Minister Julie Bishop said this was a feasible goal, following a discussion with her Japanese counterpart, Fumio Kishida.

"Given that there have been seven years of negotiation and given that both our prime ministers are enthusiastic about an agreement ... we feel confident that it can be concluded," Ms Bishop said at a joint media conference held in Tokyo last week.

One area that has underperformed in recent years is tourism from Japan, with WA's ability to attract Japanese visitors deflating in parallel with that country's economy.

Since FY2010-11 the number of Japanese visitors has dropped 30 per cent, a situation Mr Funayama said was quite clearly because of inadequate accommodation.

"The fact is that there is a lack of reasonably priced hotel accommodation and travel costs are also very high; it's necessary to make improvements in those areas," he said.

"My advice is that WA targets the young female Japanese traveller; if they come then the men will follow."

Tourism WA has a strategy in place to improve the accommodation shortage, but its marketing strategy to lure Asian travellers doesn't focus specifically on Japan.

Instead, about one quarter of the $9 million additional marketing funding Tourism WA was allocated in the state budget has been earmarked for strategies in China, Indonesia and Singapore.

All three countries are among the top 10 origins for travellers to WA and achieved growth in the 2012-13 financial year. 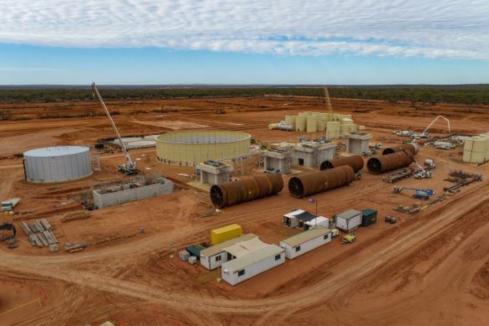