There may be lessons in the performances of our athletes in the Rio Olympics, including some for business. 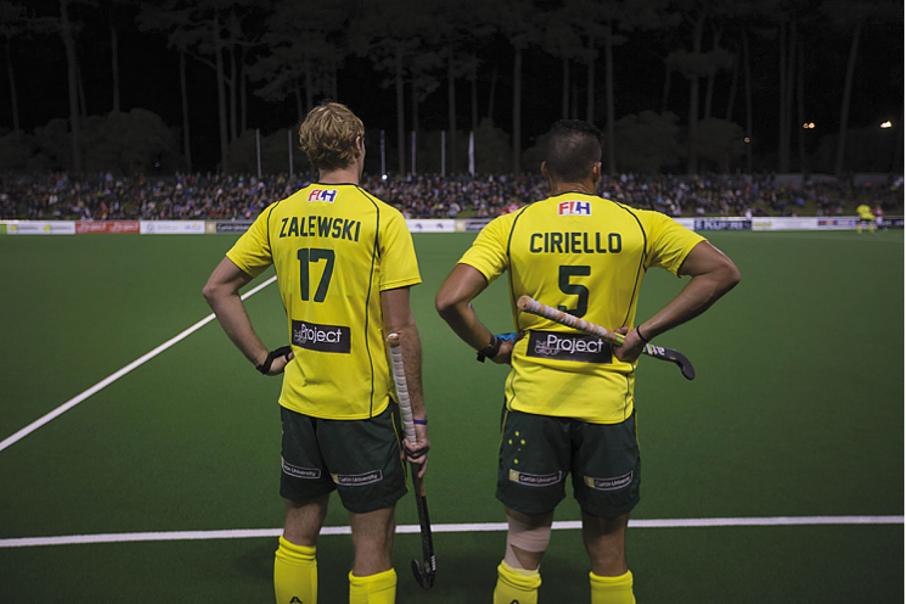 BELOW best: Aran Zaleweski and Chris Ciriello were in fine pre-Olympics form in Perth this winter, but despite being ranked number one in the world, the Kookaburras didn’t reach the medal rounds. Photo: Attila Csaszar

There may be lessons in the performances of our athletes in the Rio Olympics, including some for business.

There has been considerable gnashing of teeth over the failure of various sports people and teams to match their achievements of the recent past – results that would have earned them medals, in many cases gold, if they had lived up to pre-games expectations.

For example, world champion swimmers failed to reach the podium while top-seeded teams in hockey, water polo, basketball and soccer bowed out before reaching the semi-finals.

Of course, some expectations belie a more honest appreciation of performance. Some pre-Olympics peaks may be anomalous or against competition that had an eye on the main game in Rio. And history is littered with champions that failed at the Olympics because of all manner of setbacks – nerves, illness, injury, and those beaten by one-hit-wonders.

Unfortunately, there is a certain amount of hype in the expectations of the Australian public and the media that is either emotionally immature or unrealistic when compared with previous Olympics.

But even for the more grounded view, there is enough analytical evidence to suggest Australia has missed out in more events it was favoured to win (or win a medal) than the number of surprise success stories.

I have pondered this and wonder if it has something to do with the funding system that sets up our athletes for failure.

Australia has a very generous sports funding mechanism. It was established after the embarrassment of 1976 Montreal Olympics as the closest a democracy could get to the state-controlled sports machines of the communist Eastern Bloc nations dominated by the Soviet Union.

Our lifestyle and climate were no longer good enough to give us the edge.

The system has been honed during that time and is clearly responsible for Australia’s outstanding performance as a top 10 medal winning nation, and consistently number one when it comes to a per capita basis.

But the past two Olympics have been less successful. Our system has been copied abroad and improved upon. As a result, the advantages Australia once enjoyed in terms of science and professionalism have been somewhat nullified.

Indeed, check out how many athletes and teams competing against our representatives are coached by Australians, many who as former athletes themselves are products of that very system.

We have been brought back to the pack.

Intriguingly, one of the core elements of the Australian system is something that is often lacking in new adherents to the state-funded sports machines that have gold medals as their goals. Great Britain, once an international joke in the sporting arena, is now beating Australia.

One difference, I understand, is that Australia’s sports funding mechanism requires teams and individuals to perform at the highest level consistently in the intervening years, whereas less mature systems such as that in Britain have focused solely on Olympic outcomes.

Australia’s policy, on the face of it, seems sensible. With a public interest in sport creating significant scrutiny, it would appear reasonable to expect the money to be used wisely and, naturally, competitive success would provide an appropriate indicator for that.

It would seem far riskier, especially in a political sense, to just place funds in the hands of sporting administrators and leave them to it for four years.

And therein lies the problem. A bureaucratic need for constant top results might push our athletes and the coaches that rely on funding to perform at a higher level than would be the case for rivals who have just one objective in mind – a gold medal.

I am not going to get into a discussion about the difference between amateur and professional sports people. To me this raises interesting business questions.

Can great talent in your organisation perform at their peak year in, year out, non-stop?

Can outperforming organisations be expected to continue to do this forever?

Perhaps the argument is different. Companies and executives are not after gold medals; most employers and investors want above-average returns – which is what Australia does at the Olympics, even if it’s not in the top 10.

Is the stock market like Australia’s sports funding mechanism, so demanding of constant unrelenting top performance that its highest profile companies often fail to provide the stellar outcomes wanted, and regularly disappoint the market?