Magellan Power is considering operations for a capital raising early next year, including an IPO, as it sharpens its strategy to expand production of standalone power systems and microgrids. 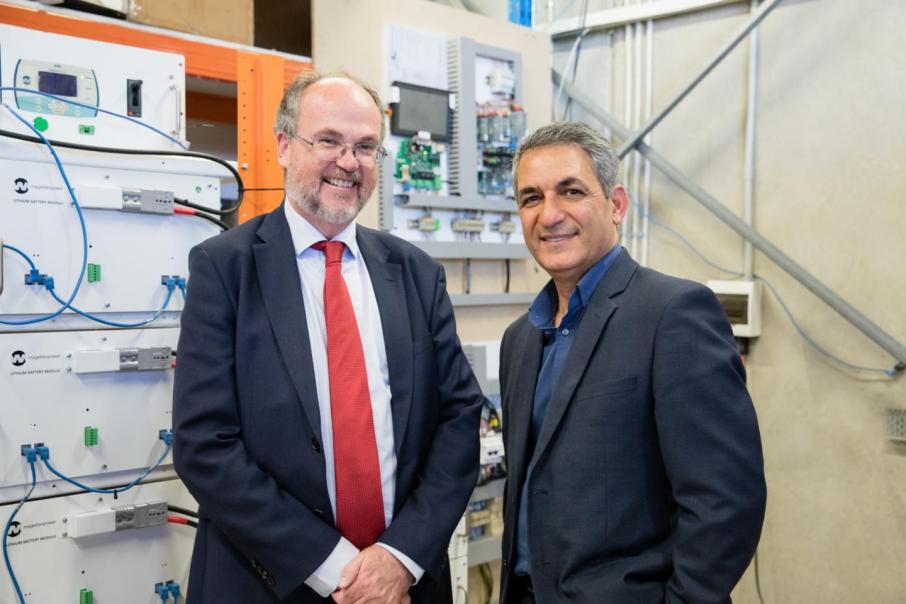 Magellan Power is considering operations for a capital raising early next year, including an IPO, as it sharpens its strategy to expand production of standalone power systems and microgrids.

Founder Masoud Abshar spoke to Business News last week after the company delivered batteries and inverters for installation in a standalone power system by Hybrid Systems Australia for Western Power.

Standalone systems use renewable generation backed up by storage to deliver power to customers at the fringe of the grid, while microgrids operate in towns and can disconnect from the main network.

About 57 standalone systems are being rolled out in a trial in remote areas around Western Australia, improving reliability and lowering power costs.

The Bibra Lake-based business, which won a 2018 Rising Stars award, already manufactures back-up supply systems for customers such as AGL.

Other jurisdictions in Australia have big ambitions, with about 20,000 on the radar for Queensland, and a further 15,000 across other states.

“There are so many remote areas in this world.

“It is very much like the mobile phone revolution.

“In the darkest corner of the world, you have communication, whereas before you had to bring poles and wires and connect them, (now we) bypass all of that.

“It's the same thing in energy.

“You take the generation and drop it anywhere and, using renewable energy, you’ve got power.”

Business News revealed in May Magellan was considering a new manufacturing facility, estimated to be worth about $50 million.

Mr Abshar said Magellan would make a decision next year on funding for the project.

The factory would produce standalone systems and would be a high-tech, smart factory.

Automation and robotics would mean low labour costs and the ability to be competitive internationally, with more than 100 jobs to be created.

One location could be Collie, where Mr Abshar said the community was positive and supportive of new development.

He said WA could be a world leader in supplying these systems into other countries because the state’s unique climate had toughened up the equipment.

“Having got over these obstacles we’ll be able to supply this type of production of energy to anywhere in the world,” Mr Abshar said.