OPINION: A worldwide shake-up of the fertiliser industry may play out in WA, according to the investment bank, which has been watching Wesfarmers’ CSBP division. 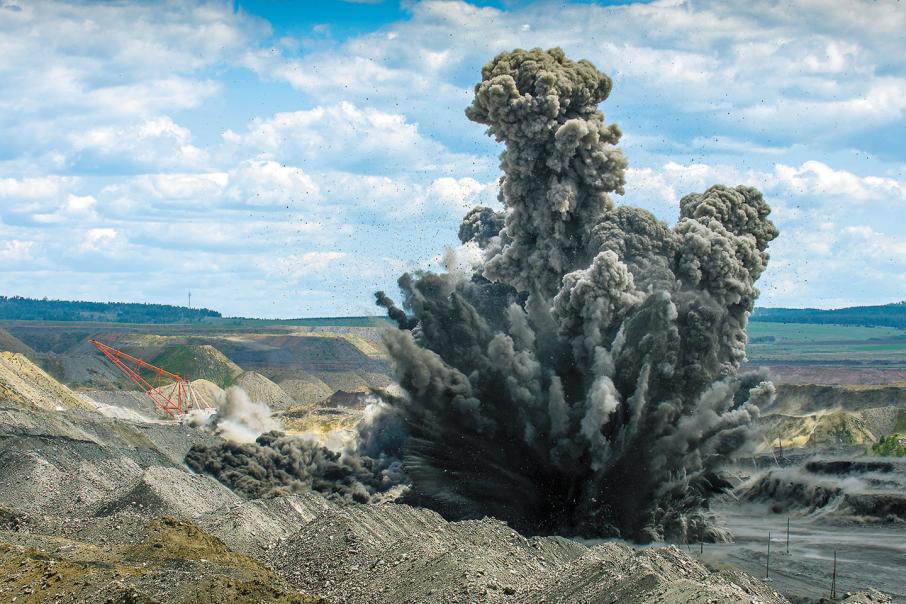 OPINION: A worldwide shake-up of the fertiliser industry may play out in WA, according to the investment bank, which has been watching Wesfarmers’ CSBP division.

Conventional wisdom is that Australia is switching from a mining boom to a dining boom, with farming displacing resources as the economic leader.

Sensing this shift, a savvy investor would be aware that one way to participate in both through a single business would be fertiliser production.

To a business novice that might sound odd, but an experienced investor will recognise that most big fertiliser factories in Australian are ammonia based, which means they produce both fertiliser for cropping and ammonium nitrate, a basic explosive used by miners.

Over the past 12 months, despite a generally negative tone in the analysis of their short-term profit outlook, the share prices of a leading fertiliser-explosive maker, Incitec Pivot, and an ammonia-explosives maker, Orica, have risen steadily.

A third big fertiliser-explosive maker, the CSBP division of Wesfarmers, is harder to measure because it is a relatively small part in a big business; not that some original thinkers have been deterred from taking a look at CSBP and its potential to be at the heart of an industry-wide shakeup.

Macquarie Bank is particularly impressed with Incitec, a company with a low profile in Western Australia but a big presence in the eastern states.

Orica, a business once known as Imperial Chemical Industries of Australia and New Zealand, switched from its chemical background to focus on explosives in 2008, using its expertise in ammonia production to supply ammonium nitrate.

Macquarie, in a report on stock exchange-listed Incitec and Orica, smells a deal emerging, which explains the headline, ‘Stirring the pot’.

Several factors attracted Macquarie to the fertiliser-chemical-explosives business but the idea is that Wesfarmers might be moving towards a deal involving CSBP to beef up its chemicals, energy and fertiliser business, or to consider a sale of the business, the report says.

From those deals, Macquarie thought it was time to consider ‘the potential for consolidation of the domestic chemicals industry’, with Wesfarmers the starting point because of its history of deal-making, planned exit from coal mining, and the appointment of a new chief executive in Rob Scott, who is the current head of the company’s industrials division, which includes CSBP.

Macquarie reckons there is the potential for Wesfarmers to continue selling down surplus assets such as coal (and possibly the Officeworks retail business), with some of the liberated funds allocated to shareholders as a return of capital and the rest used to expand the second-best performing division in the group – chemicals, explosives and fertiliser (CSBP).

A company known for its careful allocation of capital, Wesfarmers has a philosophy of investing in businesses that generate the best returns, and selling (or closing) the worst performers.

Last year, Bunnings was the clear Wesfarmers divisional leader with a 30.7 per cent return on capital. Chemicals, explosives and fertiliser (CSBP) was second at 25.1 per cent while resources (coal) was -6.1 per cent, safety equipment was a lowly 5.9 per cent and department stores (Target) was a slightly better 9.2 per cent.

A perfect strategic fit for CSBP would be Incitec, with its east coast focus complementing CSBP’s concentration in WA. Orica would also be a good fit but could run into opposition from corporate regulators concerned about market dominance.

The point about Macquarie’s ‘pot stirring’ is that the time seems right for Wesfarmers to seek a deal that would expand its second best division (by return on capital). Either Incitec or Orica would be a relatively easy acquisition, given that both are currently valued on the stock market at less than $7 billion (Incitec at $6.2 billion and Orica at $6.8 billion), whereas Wesfarmers is valued at $51 billion.

Growing its fertiliser-explosives business would also enhance Wesfarmers’ exposure to Australia’s two dominant export industries, mining and farming, with an added bonus being that Incitec has recently expanded its operations in the US through a new ammonia plant in Louisiana.

Assuming a 30 per cent price premium for control of Incitec, Wesfarmers could splash out with a $9 billion purchase that would cement its position in Australian fertiliser and explosives while achieving its second international expansion, with US ammonia added to Bunnings in Britain.

Interesting as a theory that might never happen, a move on Incitec could be attractive given the potential to make a slight change to the mining-to-dining concept by making it mining and dining.