Macmahon Holdings has been selected by the New South Wales government as the preferred proponent for the construction of a transport interchange.

Macmahon Holdings has been selected by the New South Wales government as the preferred proponent for the construction of a transport interchange.

Macmahon Holdings Limited (ASX:MAH) announced today that the New South Wales Government has named Macmahon as one of the preferred proponents to participate in the Glenfield Transport Interchange (GTI) in partnership with the Government's Transport Infrastructure Development Corporation (TIDC).

The Alliance will provide engineering and construction services as part of the Glenfield Transport Interchange project in Sydney's western suburbs.

Construction work within the Alliance will be undertaken by a joint venture of Macmahon, its subsidiary MVM Rail, and French construction group Bouygues (Macmahon and MVM Rail share of the joint venture is 60 per cent).

The Glenfield Transport Interchange project will involve the delivery of civil works, track work, traction power and overhead wiring, as well as the signalling elements. The construction elements will include:

- a new flyover at Glenfield Junction to carry the Up East Hills Line over the Main South Line;
- new and modified rail systems and infrastructure;
- platform re-configurations and alterations at Glenfield Station including new lifts, a new platform, footbridge and overhead concourse; and
- road layout modifications along Railway Parade.

Macmahon Chief Executive Officer, Nick Bowen, said that this project is the second major rail project for the Group in New South Wales to be announced in the past three weeks and demonstrates the strong relationship we are building with TIDC.

"This project provides a further opportunity for Macmahon to demonstrate its strength and expertise in delivering complex rail infrastructure projects.

"In undertaking this work our experienced team is determined to exceed the expectations of TIDC and taxpayer stakeholders of New South Wales," Mr Bowen said.

Glenfield Junction is currently a high use, flat junction for passenger and freight services. Conflicts between train paths on the Up East Hills Line and the Down Main South Line restrict the capacity of the existing junction and limit the ability to operate additional services to accommodate the forecast future growth. 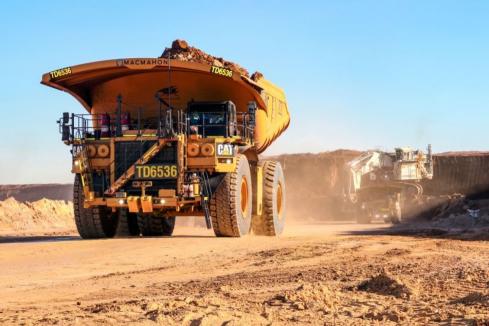