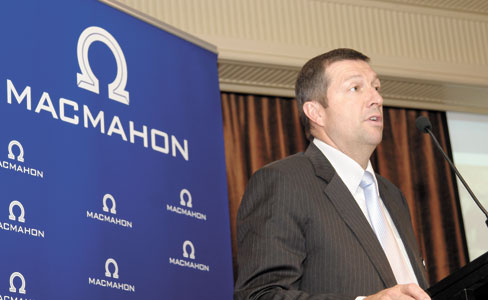 The deal will see Macmahon construct around eight kilometres of new road, including two bridges, new intersections and a major interchange at the Broome turn-off in Port Hedland.

The project is being funded by the federal government's Nation Building program and the state government.

"We are already maintaining the 2,276km road network across the Pilbara through the Main Roads WA Integrated Service Arrangment and as we finish construction of the Great Eastern Roe Highway interchange, we have the people ready to deliver this next important link,” Mr Bowen said in a statement.

“Macmahon's strong tradition of delivering critical infrastructure across regional Australia is continued through the Great Northern Highway realignment and importantly it will improve the safety for all road users in the region.”

The project is expected to be completed midway through 2014.