The state government has a huge aspirational target to have 200 gigawatts of hydrogen capacity by 2040, but needs to prepare for hurdles with land use, environmental impact and native title. 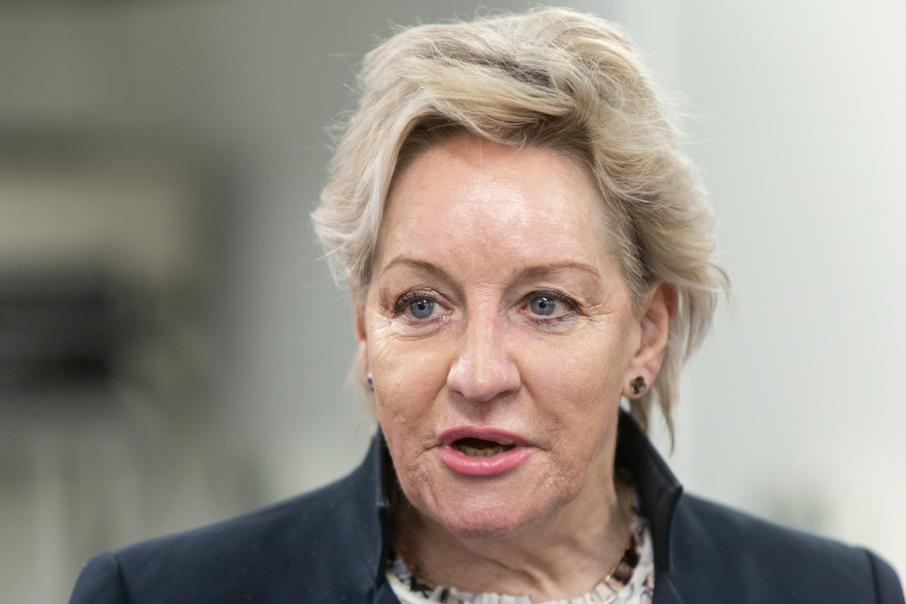 The state government has a huge aspirational target to have 200 gigawatts of hydrogen capacity by 2040, but needs to prepare for hurdles with land use, environmental impact and native title.

To put that in context, California’s power grid had about 80GW of capacity, as of 2018.

Installing the additional renewable capacity would power electrolysers which turn water into hydrogen and oxygen, with the hydrogen then to be shipped or piped to other locations.

It is then used to power generators, much like natural gas.

Ms MacTiernan said big improvements were needed to the electrolyser manufacturing industry to make this happen.

“We need real technological development and scale in the electrolyser (sector),” she said.

“The size of the electrolysers available, the cost of those electrolysers… I think it’s been calculated at the moment we (the world) could only manufacture 3GW (annually).

“That’s not going to take us anywhere near where we want to go, to fulfill the needs of our Korean partners and Japanese trading partners as well.”

The undertaking won’t be easy.

Ms MacTiernan said the projects would have a very long lead time.

Work would need to be done on land use, native title and environmental issues.

A spokesperson for Ms MacTiernan said the Asian Renewable Energy Hub proposed in the Pilbara would have 26GW of hydrogen, while Andrew Forrest has talked about even larger projects.

Outgoing Woodside chief executive Peter Coleman told today's report launch lunch that the world had a lot of work to do to achieve commercial scale hydrogen production by 2030.

Woodside had applied for an Australian Renewable Energy Agency grant for a hydrogen pilot project in the Mid-West, but was unsuccessful.

“We know why we were unsuccessful (with the ARENA bid), it’s about creating a market,” Mr Coleman said.

Supply and demand had to be built simultaneously, he said, to make the industry function.

Mr Coleman further outlined the scale of the challenges mentioned by Ms MacTiernan.

Land use was one.

“If you were going to replace the energy equivalent of Pluto LNG with solar, you’d have to cover the entire area of greater Sydney- not Sydney CBD- with solar panels,” Mr Coleman said.

“Whilst the cost of solar panels has come down remarkably over the last few years, the efficiency has not improved.

“We’re going to start getting into competing land use issues.

“There’s 18 of those (LNG) trains in Australia alone.

“We need to create an export industry but there are no ships and no customers.”

But he said he hoped to see continued leadership from governments on hydrogen, including potentially converting government vehicle fleets to be powered by the fuel.