Alannah MacTiernan has fiercely defended her comments about the threat of foot and mouth disease, amid claims they were “out-of-touch” and calls for her sacking. 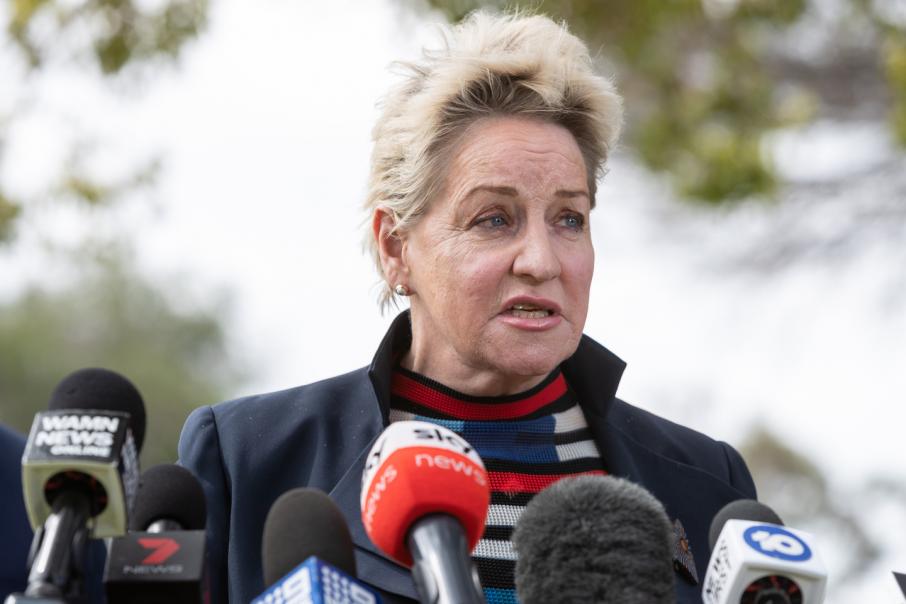 Alannah MacTiernan has fiercely defended her comments about the threat of foot and mouth disease, insisting they were taken out of context and pushing back against claims she was out-of-touch and calls for her sacking.

Media reports emerged this morning indicating the state agriculture minister had attempted to downplay the impact of the disease entering Western Australia and claimed it could even lower the price of meat and milk products.

The country has been enforcing new border security measures and testing regimes for meat and other animal products after the disease was detected in Bali earlier this month.

The measures are designed to safeguard the country’s agricultural industry from the virus, which affects cattle, sheep, goats and pigs, with fears it could cost the economy $80 billion.

The state opposition slammed the comments, with agriculture spokesperson Colin de Grussa labelling them “out-of-touch” and “offensive” to WA farmers and accusing Ms MacTiernan of taking a “blasé approach”.

“In a time of heightened concern, the minister has shown how out of touch the McGowan government is, and it’s left many wondering if she is up to the job of defending WA’s agriculture sector from the very real threat of FMD,” Mr de Grussa said.

“The minister showed a shocking lack of judgment with these comments which proves her disconnect from not only primary producers, but regional communities.

“Farmers and pastoralists I have spoken to are genuinely scared about what FMD would mean for their businesses and livelihood, so to see the minister, and in turn the premier, take a blasé approach is disgraceful.”

Mr de Grussa said an outbreak of FMD was the biggest threat to the agriculture industry in recent memory and that he had requested an urgent briefing from her department to ensure it was being taken seriously.

During a press conference this afternoon, Ms MacTiernan defended the comments, insisting the state was taking the threat extremely seriously.

She said the comments she made were in response to fears the state’s food supply may be under threat, which could lead to panic buying, and were designed to stem anxiety among consumers.

“Look, we all know that newspapers like to bring out parts of the story,” she said.

“We were responding to claims that there wasn't going to be any food on our shelves and we were concerned that that would lead to panic buying, so we were addressing that concern.

“We are taking this extremely seriously.

“We are absolutely throwing everything we can to try and prevent the disease coming into Australia; and then having a plan to deal with it to minimise the impact if it does arrive.

“This is a real risk, but I am very concerned that we have been creating a sense for many farmers that this will lead to the absolute decimation of their industry.

“We're also concerned, too, that this has been creating a great deal of anxiety amongst consumers that we will no longer be able to get livestock products.

“I just want people to understand this is a serious threat, but it is one that we can manage.

“I'm sorry that those comments were reported in that way, they were given an emphasis that does not reflect what we were saying.”