How does an old-style brawling union still sway our modern leaders? 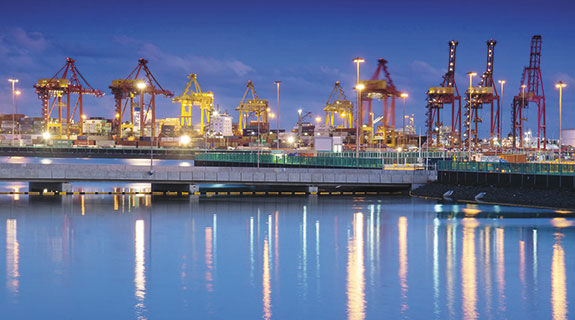 How does an old-style brawling union still sway our modern leaders?

There are some among us who think the rules don’t apply to them.

We all know the various types; they either dodge taxes, ignore social obligations, or avoid responsibility for anything that doesn’t suit their purposes.

For whatever reason, the people who act like this, or lead organisations that do, believe they are above the law, that social convention is an unnecessary obstacle to be circumvented.

Many individuals and plenty of small businesses exhibit these sorts of traits, but few truly influential organisations are operated this way in the modern age. That’s why revelations like those that hit Volkswagen last year are so surprising, and some unions seem to fit snugly into this anti-social genre.

The Maritime Union of Australia is an example of a rogue dinosaur that doesn’t belong in 21st century Australia.

By almost any standard of normal behaviour it is an outlier, still clumsily holding on to a position of power that is only feasible in Australia because no government has been strong-willed enough to consign it to history.

MUA members’ action to hold a ship hostage in the Victorian port of Portland for 60 days was just incredible. How is it possible, in this day and age, that anyone can just occupy an asset such as a ship and nothing is done about it for two months?

This kind of corporate terrorism is nothing new for the MUA.

The union’s world is small but, unfortunately, vital to Australia’s commercial interests; so its muscular activity is allowed to continue because the price – long, sustained industrial warfare with few boundaries when it comes to conduct – is beyond what most leaders in business or politics are prepared to pay.

Former Patricks boss Chris Corrigan is one of the rare people who took them on during the 1998 waterfront dispute. Yet somehow he is the one portrayed as the bully because of his secretive tactics and using security staff backed up by dogs. How else do you meet force? With force, of course.

The 2007 miniseries Bastard Boys was a typical one-sided effort, showing Mr Corrigan as cold and calculating while the maritime workers were kind of knockabout lads, petty criminals at worst. In my mind I juxtapose that against US President Barack Obama’s favourite show, The Wire, which had a whole season devoted to the organised crime behind the Baltimore longshoremen. Could this be the case in Australia too? I wonder.

Maybe we should ask Andrew Burrell, a reporter from The Australian newspaper who was assaulted at an MUA meeting in Perth last year, for no apparent reason. The MUA is a disruptive force when it comes to issues of national importance such as developing our natural resources. This is not an industrial hazard, it’s a choke on the nation.

Despite that, the union has significant influence as a key player in Australian politics, both within the Labor Party and as a funder of political causes. Oddly, many actions of this male-dominated, militant, aggressive and bullying organisation seem at odds with key policies of the political players it backs.

Not that it’s easy to follow who it does fund. Our incredibly convoluted and sluggish political funding reporting system is hardly user-friendly from a journalist’s perspective.

When I sought to look at the latest funding by the MUA through the Australian Electoral Commission, the most recent document I could find was titled ‘Political Party and Associated Entity Returns Outstanding as at 30/01/2015’, in which the union was named along with two branches of the Construction, Forestry, Mining and Energy Union, a Queensland firefighters’ union and something called the Chinese Liberal Association.

This suggests, to the amateur funding sleuth in me at least, that the MUA has not disclosed some part of its funding in a timely manner. If true, this comes as no surprise. The Fair Work Commission website shows the MUA’s most recently available annual report is from 2012-13; many other unions have already lodged their accounts for the 2015 financial year.

Surely there are some rules in our archaic industrial relations system that require punctuality in reporting and transparency. Otherwise why bother?

The MUA is vigorously preserving a handful of jobs, at great cost to the rest of Australia, to maintain its leverage as a political power broker.

Its time all members of mainstream parties acted in a way that the voters intended them to. They should ensure the rule of law, including those regarding competition, applied to the waterfront and relevant sea transport.

I did receive this via email a few days after this column was published. I won't reveal the name as it come from a private email address; nevertheless, I was intrigued to hear that without the MUA our business wouldn't exist. I guess my view on how business works is different from others?

"I hope you get sacked for writing such a crap story about the MUA. And by the sound of it you probably don't belong to a union and have no representation to help with you getting your job back or any entitlements. You have obviously never worked in the maritime industry and dealt with employers like Patrick and conditions and notifications to be worked under. If it wasn't for the MUA and likes there wouldn't be and jobs left for Australians and your magazine wouldn't exist because there would no business news."