The Metropolitan Redevelopment Authority has rejected a $450 million proposal for two towers near Scarborough beach with the developer behind the project, 3 Oceans Property, saying the decision was a missed opportunity to show courage and vision. 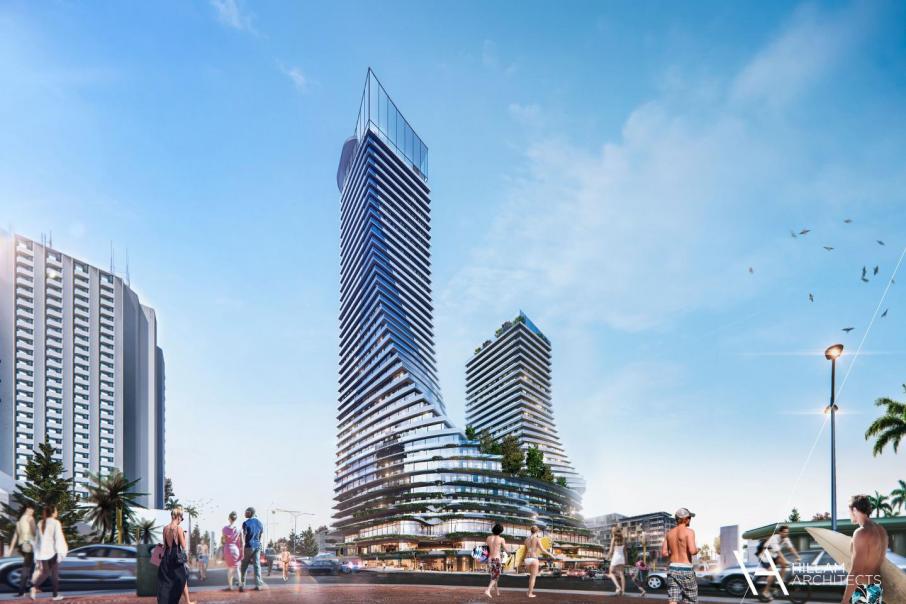 The Metropolitan Redevelopment Authority has rejected a $450 million proposal for two towers near Scarborough beach with the developer behind the project, 3 Oceans Property, saying the decision was a missed opportunity to show courage and vision.

The application for the two-tower, mixed-use development on the site of the former Contacio bar, on the corner of West Coast Highway and Scarborough Beach Road, proposes heights of 35 and 43 storeys – the latter nearly four times the height permissible under MRA’s Scarborough Planning Framework and two times the height of the Rendezvous Hotel.

The development comprises 345 apartments, including 41 affordable housing dwellings,159 hotel rooms, about 3,000 square metres of hospitality and retail space, as well as a viewing platform and art gallery on the top floors.

In a statement issued today, the MRA said the board had considered the application to be a significant overdevelopment of the site, determining the critical mass of residents, workers and visitors on one site to have serious impacts on local traffic.

3 Oceans Property has also proposed a West Coast Highway pedestrian bridge, which was given in-principle approval by Main Roads WA two days ago in a ruling separate to the towers’ application and assessment.

In response to the decision 3 Oceans Property released a statement this afternoon with managing director Dyno Zhang saying the developer was surprised and disappointed by the MRA's resolution on its Scarborough project.

“The MRA board has missed an opportunity to show courage and vision and support our project, which will be a game-changer for the local Scarborough community,” Mr Zhang said.

“The decision to refuse development approval for the Iconic Scarborough project is contrary to the state government and the City of Stirling’s commitment to redevelop Scarborough Beach foreshore.

“It fails to align with the state government’s objectives of creating new jobs, promoting tourism, revitalising Scarborough and diversifying the state’s economy.

“It sends the wrong signal for people wanting to invest in Western Australia, particularly in the local Scarborough area.

“We would like to that the local Scarborough community for its overwhelming support of the project.”

Mr Zhang said 3 Oceans Property would now work with the state government on finding a way for the project to proceed and that it was in all interests to work together to ensure the project was a success.

The application has already undergone a rigorous evaluation process that included significant consultation with key stakeholders as well as the community, which involved workshops with locals, online surveys, social media campaigns and traditional press advertising.

Earlier this year, 3 Oceans Property's Mr Zhang told a Property Council of Australia WA event that the community engagement process had resulted in ‘unanimous support for the project’ and ‘very little consternation over the project’s height’.

The height of the tower was not a major issue for most people, Mr Zhang told the event, adding that 80 per cent of survey respondents had supported the proposal, its height and scale due to the design and considerable public benefits, which he said included providing a business and events tourism boost.

However, in today’s statement the MRA has said that the benefits proposed did not warrant the extent of discretion sought from the MRA.

“The MRA supports landmark developments, however the proposal would see considerable overdevelopment of the site,” it said.

The MRA concluded that it would welcome the opportunity to work with the developer on a modified proposal for the site that was more consistent with the vision of the Scarborough Master Plan.