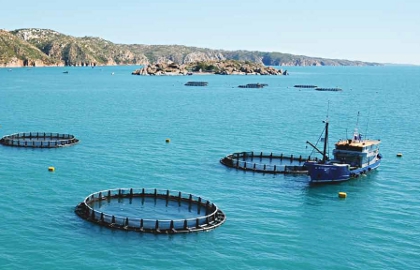 Australia's largest ocean-grown barramundi producer has launched a $4.5 million share offer to fund the expansion of its fish farm at Cone Bay, north east of Broome.

WA-based Marine Produce Australia, which voluntarily de-listed its shares from the ASX in 2010, has issued a prospectus offering shareholders the opportunity to buy 2.5 new shares for every three shares held, priced at 10 cents each.

The entitlement issue has a minimum subscription caveat of 30 million shares.

The company said it would use the funds to expand capacity at its Cone Bay operation and boost ongoing working capital.

MPA has a 21-year lease over 699 hectares of water at Cone Bay, with the option to renew the lease for at least another 21 years.

The state government has approved the harvest of 2,000 tonnes of barramundi per year, which MPA hopes to achieve by 2015.

MPA chairman Miles Kennedy said the company expected the state government to increase its licensed capacity to 5,000 tonnes next year.

“The money raised will enable us to move to greater automation on our farm, in line with the world's best practices; to stock and feed increased numbers of fish and reduce our operating costs.”