Top WA land survey firm MNG is branching out to explore opportunities in the greenfields land development market on the east coast. 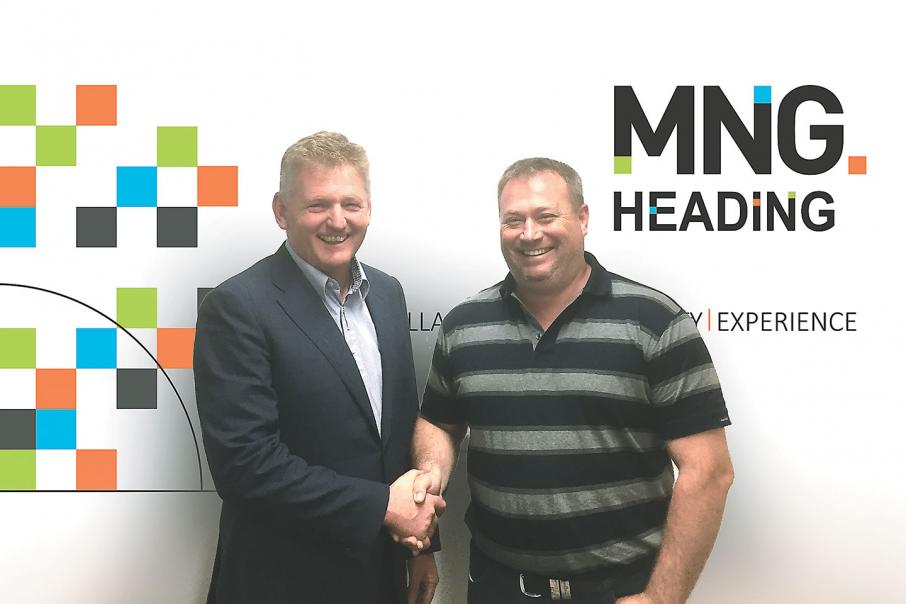 Top WA land survey firm MNG is branching out to explore opportunities in the greenfields land development market on the east coast.

Western Australia’s largest land surveying company, MNG, has responded to a declining market in its home state by expanding into Victoria, launching a joint venture with Melbourne-based Heading & Associates.

The joint venture will be known as MNG Heading and will focus largely on the greenfields land development market.

MNG chief executive Scott Anderson said the move was an important part of the company’s strategy to ease the impact of cyclical property markets.

“Over the course of many years we have built this firm here in WA to meet the needs of developers, and that demand has subsided,” Mr Anderson told Business News.

“While we have diversified and always will on the technology front and on the infrastructure front, land is our core activity.

“There is a fair influence of WA developers and people that were ex-WA now working in the Victorian space, so it is quite a natural step.”

Mr Anderson said the joint venture would ensure MNG, which is the top-ranked surveying firm in WA according to the BNiQ Search Engine, would be able to retain all of its staff, following reductions of around 10 per cent across the board at the end of last financial year.

“We’ve got now four survey crews operating in Victoria that were previously WA based,” he said.

“It’s filling that glass, you could say, but now we’re actively looking for local employees to expand, because the demand is there.

And Mr Anderson said Victoria was not the only new frontier on MNG’s radar, with other east coast opportunities likely to emerge in the near future.

“This is our first foray and we will have a relatively conservative approach to how we will expand on the east coast,” he said.

“A couple of prominent developers in WA have done that recently too.

“There is quite a reasonable amount of WA developers that have led the way in heading to the east coast and are looking across for that Australia-wide balance.”

Heading & Associates managing director Maurice Heading said the joint venture was a strategic step for both organisations to capitalise on the growth in the east of Australia.

“Our focus now in relation to our newly formed business is firmly on providing a highly customised service to new and existing land developers across Victoria,” Mr Heading told Business News.