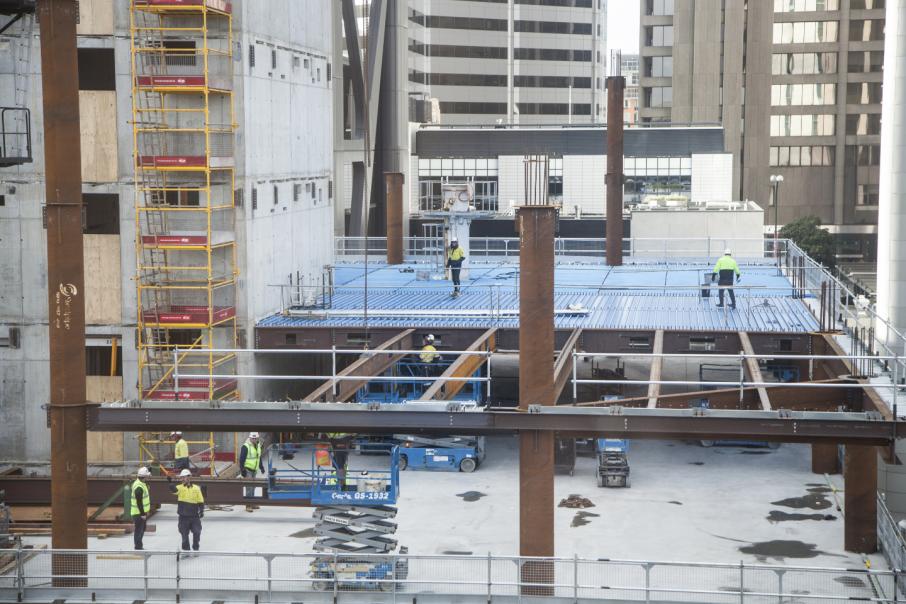 The value of losses associated with building collapses in WA has more than doubled since 2012-13. Photo: Attila Csaszar

Builders could soon face tougher penalties for not paying subcontractors on time, but the Master Builders Association of WA has warned several reforms proposed to solve recurring payment issues could increase construction costs and result in more company collapses.

Mr Fiocco’s recommendations included amendments to the Building Services Registration Act to better define when disciplinary action against tardy payers can be taken and the introduction of demerit points against companies that demonstrate poor payment practices.

The report also proposed the introduction of a statutory deemed trusts scheme where contractors and subcontractors along the supply chain hold funds in trust for parties further down the chain.

Under a statutory deemed trust scheme the trustee cannot access funds until beneficiaries are paid.

“Of course everyone who is entitled to be paid should be paid,” he said.

“But statutory deemed trusts are not the answer.

“They will raise costs through the regulatory red-tape burden and those increases are ultimately borne by the public.”

“The perverse result of imposing deemed trusts, at least in the short to medium term, actually could be more insolvencies,” he said.

Mr Fiocco’s report also recommended money to be progressively withheld out of contract payments and placed into a trust until all work is complete, including rectifying any defects.

Mr Gelavis said that would result in an additional administrative burden for builders, particularly head contractors, who would face additional costs in sourcing and managing alternative working capital.

“Mr Fiocco has come out with all guns blazing,” he said.

“In addition to the trust proposals, he’s recommending all but abandoning WA’s current security of payments legislation, the Construction Contracts At, in favour of picking up the so-called ‘east coast’ legal model.

“The east coast model varies from state to state. If they can’t get their act in order with harmonised legislation, how can we be confident in picking up that model?”

Mr Gelavis said the MBA had lobbied for changes to the Construction Contracts Act to ensure all contractors responded promptly to payment claims.

“Failure to respond would see the claim become a statutory debt, but if a dispute was raised, it would be compulsory for the party making the claim to quickly apply for adjudication,” he said.

“These would be simple changes and ones which would overcome present complaints about the Act.”

Late payments have been of growing concern in WA’s construction sector of late, particularly as the industry has experienced a significant downturn since building activity peaked in 2014.

Increased competition has led to builders and subcontractors tendering at reduced profit margins to win work, resulting in cash-flow shortages and, in some cases, insolvency.

Construction insolvencies in WA have risen from 127 in 2012-13 to 218 in 2016-17, according to data presented in the report, with the value of total losses more than doubling over that time using the report’s lowest estimates.

In 2016-17, unsecured creditors received nothing in 189 of the construction industry collapses, while 23 received an estimated return of between 1 and 10 cents.

Mr Fiocco’s report is part of the state government’s building industry reforms it committed to in the lead-up to the 2017 election.

It was compiled following extensive consultation with an Industry Advisory Group, made up of 16 member-based organisations including the MBA, Housing Industry Association, the Australian Institute of Building and the Civil Contractors Federation, among others.