From skills shortages and new regulations to policy formation and industrial disputes, the Master Builders Association has played an important role in advocating for the state’s building and construction industry since 1898. 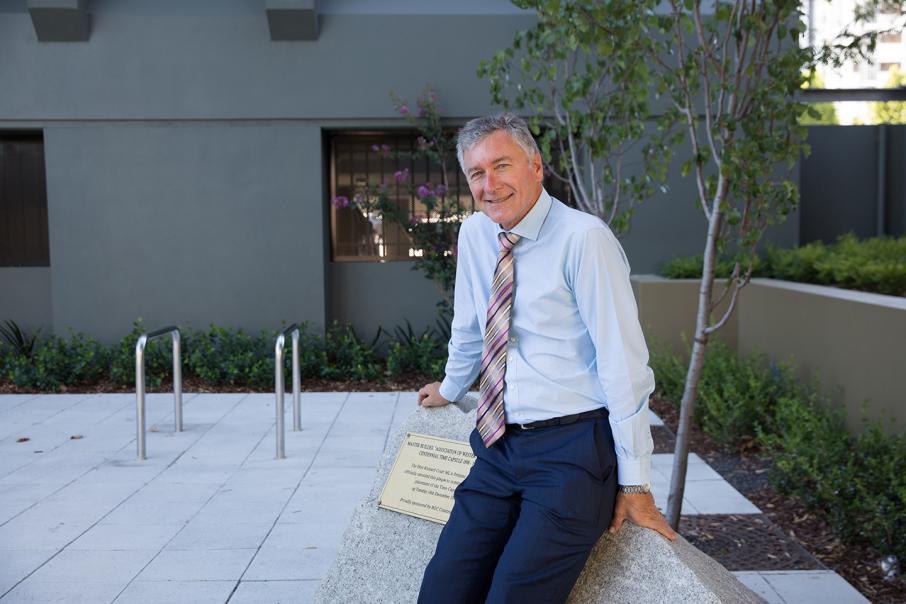 The continued relevance of the Master Builders Association over 120 years involves myriad factors, according to executive director Michael McLean, starting with its grassroots approach to decision-making.

“I think our sustainability comes down to our willingness and capacity to evolve as changes occur,” Mr McLean told Business News.

“And our ability to contribute to the regulatory process, to engage with all governments and political parties, has also put us in good stead as an honest broker.

“We are the conduit to the building industry.”

On March 28 1898, 20 local builders met at a hotel in the city to discuss a number of events that were influencing their day-to-day operations.

Perth had started to grow thanks to the gold rush driving economic activity and creating the need for more rail, roads and housing, resulting in a number of unskilled labourers working in the building industry.

Unions were starting to form amid the need for a better training and apprenticeship scheme, while a handful of disputes were emerging over pay, conditions and safety.

“All of those circumstances prompted that group of builders to form an association to represent the issues of master builders at that time,” Mr McLean said.

“The association has always sought to represent the entire building and construction industry; housing, commercial, industrial, civil engineering, that’s our patch and we’ve remained true to that since the formation years.”

The association, then known as the Master Builders and Contractors Association, held its first annual general meeting in August 1898, appointing the late Robert Law as its first president. Mr Law was the builder responsible for Perth Mint and Guildford Grammar School, among others.

“When you look back at how Perth has evolved, landmark buildings have been built by (members of) master builders,” Mr McLean said.

“We’ve always tried to showcase the achievements of our members since.”

Following its launch, the next significant milestone for the MBA was the establishment of the Builders Registration Act in 1939, with Western Australia the first jurisdiction in Australia to introduce this kind of registration, according to Mr McLean.

Post-WWII skills shortages started to bite, initiating the federal government’s Assisted Passage Migration scheme, a catalyst for the ‘Ten Pound Pom’ movement, with British migrants bringing their tiling and bricklaying skills, among others, to the state.

As population spread to regions, Mr McLean said the association recognised the need to expand its presence and set up a Geraldton office in 1964, followed by branches in Albany and Bunbury, and later Esperance and Kalgoorlie.

“That highlighted the importance of regional WA,” he said.

In 1973, the association moved into its new headquarters in West Perth on Havelock Street, where it still resides, after demolishing the house from which it had previously operated, and an adjacent property.

“This building has helped to underwrite our operations and reduce the reliance on subscriptions, through leases etc.,” Mr McLean said.

“We owe a lot to our forefathers for making that decision.”

Industrial relations have also played a prominent role in moulding the association and industry at large.

In 1983, Mr McLean started his MBA career as industrial relations manager, a time when industrial disputation and strike action were major challenges.

On its 100th birthday, the association buried a time capsule (to be opened in 2048) and launched the inaugural Robert Law award, in commemoration of its first president.

It celebrated again in 2017, when the first woman was appointed to the board.

Mr McLean said the association had evolved over time but its core values and services remained, including industrial relations and representation to occupational health and safety audits.

“Like the industry, the association is subject to a lot of changes in the future,” he said.

“The workforce will change radically with the prospects of robotics and 3D printing, but I think there will always be skills required to build quality and durable buildings.”