The seventh annual MACA Ride to Conquer Cancer has raised $4.1 million, bringing the total amount raised by the event to over $31.8 million. 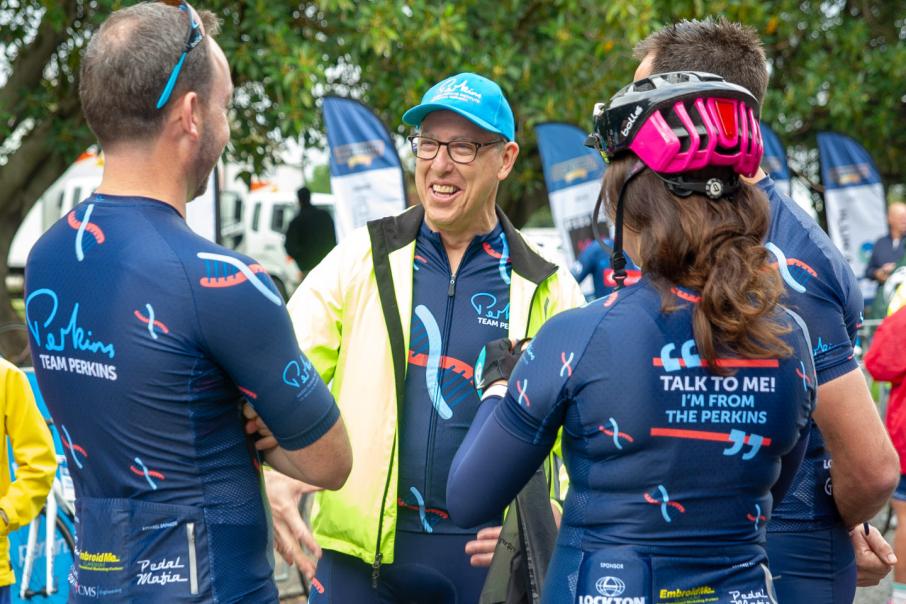 Peter Leedman joined 800 riders in the event over the weekend.

The seventh annual MACA Ride to Conquer Cancer has raised $4.1 million, bringing the total amount raised by the event to over $31.8 million.

The latest number falls below the 2014 peak of $5.2 million (from 1,300 riders), but is consistent with the amount raised over the past three years of about $4 million.

Of the 800 riders who took part in the 200km event this year, title sponsor MACA had the largest team with 275 on their bikes.

The Ride supports cancer research at the Harry Perkins Institute of Medical Research, and is the largest of it's kind in the state.

The Hawaiian Ride for Youth is a similar 700km ride fundraising for suicide prevention service Youth Focus, which raised over $2.2 million this year, making a total of $25 million since 2001.

Director of the Harry Perkins Institute Peter Leedman praised the riders for their commitment to fundraising and training throughout the year.

“This is the seventh annual MACA Ride to Conquer Cancer and every year the Ride is a powerful tribute to people who suffer from this terrible disease,” said Professor Leedman.

“With one in two Australian men and one in three Australian women diagnosed with cancer before the age of 85, we know that investment in cancer research is critical if we want to reduce the impact of this terrible disease.

“At the Harry Perkins Institute of Medical Research there are more than 250 researchers from around the world working in our laboratories in Perth researching many different cancer types, particularly the hard to treat cancers such as triple negative breast cancer, drug resistant melanoma, pancreatic cancer, prostate cancer, liver cancer, brain tumours.

“We are incredibly grateful to the continued support of everyone involved in the MACA Ride to Conquer Cancer.

“The community of riders, donors, volunteers, and sponsors make a significant difference to our research.”

Professor Leedman said the funds raised would allow research teams, doctors and clinicians to develop new treatments and advance an understanding of diseases.

MACA operations director Geoff Baker congratulated the riders on their achievement, attributing the amount raise to strength in numbers.

“Our employees, our community of friends and family members, have all been personally impacted by cancer and it is a continued honour to support the Perkins advancements in medical research in order to better the lives of cancer patients and support their mission to conquer cancer,” he said.

“We look forward to this weekend every year and hope more people will join us 2019.”