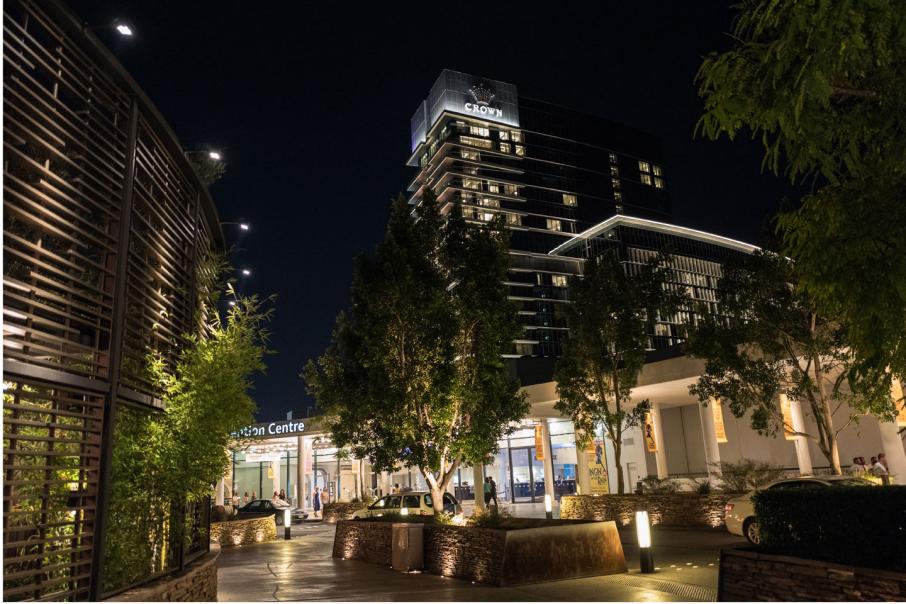 The high-end offering at Crown has been a highlight in WA’s construction sector. Photo: Attila Csaszar

Construction contractor Multiplex’s work on the six-star hotel, which opened late last year, won it the best project prize at a glittering ceremony at Perth Convention & Exhibition Centre over the weekend, with the awards judges saying the development set a new benchmark for luxury accommodation in the state.

“All the finishes were completed to the highest construction standard, which is what you would expect from a six-star hotel,” MBA awards judge Rod Sproule said.

“The commitment to quality design and workmanship is evident from the moment you step into the lobby.”

In addition to Multiplex’s win, Commercial Aquatics was named Subcontractor of the Year for its work on the 500-room, $460 million hotel, which comprised nine different bodies of water, including a multi-tiered lagoon-style pool, infinity edge VIP pools, water features and indoor spas.

Commercial Aquatics, a division of Perkins Builders, entered the awards for the first time in 2017, with MBA WA executive director Michael McLean describing the win as an extraordinary achievement.

“This win is a testament to the team and all of its tradespersons, and indicates the high level of attention to detail they applied to all aspects of this complex and large-scale project.”

The other major prize of the night, the MBA’s best regional commercial builder award, went to Doric, for its construction of The Quarter in Karratha.

The Quarter comprises a four-level office building, 46 apartments and a public plaza, built in the centre of the Pilbara town.

Other winners included PS Structures, for work on the Cockburn Police Station, ADCO Constructions; for building the renal unit and paediatric ward at Ramsay Joondalup Health Campus; Lakeshore Group, for its work at Kidsafe WA; Doric, for work at Halls Head Central; and Ultimo Design and Construction, which won the best new builder category.