Subiaco-based Lucapa Diamonds raised $4 million from a placement of shares to grow cash flows at its Lulo Diamond Project in Angola. 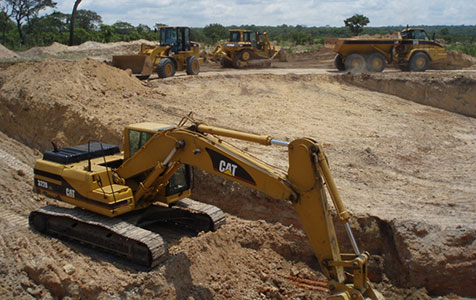 Subiaco-based Lucapa Diamond Company raised $4 million from a placement of shares to grow cash flows at its Lulo Diamond Project in Angola.

The placement was made up of 22.2 million ordinary fully funded shares at an issue price of $0.18 per share with an attached one-for-one unlisted option exercisable at $0.20 on or before September 30 2017.

Far East Capital was lead manager to the issue.

On July 23, the company requested a trading halt on their securities pending the announcement of the successful placement.

Lucapa, led by chief executive officer Stephen Wetherall, will use the proceeds to fund modifications to the diamond plant at Lulo, which is a partnership with Endiama, the Angolan government’s diamond concessionary and Rosas & Petalas.

The modifications will allow continuous mining operations throughout the wet season in Angola at the increased rate of 20,000 bulk cubic metres (bcm) per month.

This follows the implementation of a new fleet of Caterpillar earth moving equipment, which will allow Lucapa and its partners to double alluvial diamond mining operations.

Lucapa’s quarterly activities report also announced gross revenues of $3.7 million from the sale of Lulo diamonds in the June quarter, for an overall average sale price of $2,500 per carat.

The company said it had achieved a positive cash flow from diamond sales despite its decision to defer the sale of diamonds originally scheduled for June.

The sale will be held in late August or early September, when diamond market conditions are expected to be better.

The unsold diamond inventory currently stands at more than 1,600 carats.

The company said the less than expected result was due to a lack of fleet availability and trucking distances between the plant and mining area.

Lucapa has since increased their inventory of spare parts for the Caterpillar fleet, and made the decision to return to mining area 31, which is closer to the processing plant.

In November 2014, Lucapa and its partners signed a 35-year mining licence agreement to mine the alluvial diamonds at Lulo, with the commencement of mining beginning in January 2015.

The company is now dual listed, announcing in late May a secondary listing on the Frankfurt Stock Exchange.