It’s hard to not admire Frank Lowy, either as founder and major shareholder of the Westfield retail property group or for the $6 billion personal fortune he has amassed after arriving in Australia as an impoverished European migrant in 1952. 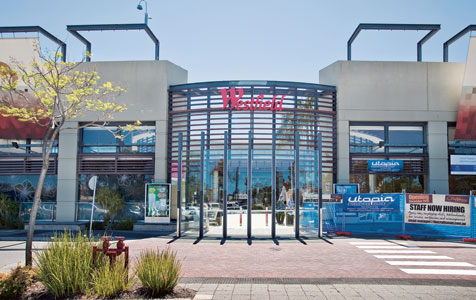 It’s hard to not admire Frank Lowy, either as founder and major shareholder of the Westfield retail property group or for the $6 billion personal fortune he has amassed after arriving in Australia as an impoverished European migrant in 1952.

Along with that admiration for a self-made man goes great respect for Mr Lowy’s ability to recognise the changes in the market on which his fortune is based – in other words the changes under way in the retail and retail property world.

Last week, despite it being just a few years since Westfield undertook a major corporate restructure, which is estimated to have cost $500 million in fees alone, another attempt was made to restructure the group – with a spectacular lack of success.

For most people, what happened at meetings in Sydney of the shareholders in Westfield Group and Westfield Retail Trust (WRT) is both complex and boring.

All they need to know is that Mr Lowy called off a crucial vote at the last minute because it looked like he might fall short of the 75 per cent required at the WRT meeting, forcing the event to be rescheduled and annoying a lot of his lifetime supporters.

What no-one seems to really understand in this latest saga of the worldwide Westfield group, which has a vast array of shopping centres in Australia, the US and Europe, is why Mr Lowy reckons it’s time to split Australian assets from international assets – unless his 83-year-old antennae can sense a change ahead.

No prizes for assuming that the man who has forgotten more about shopping centres than most people would ever want to know has been assessing the damaging inroads the internet is doing to the tenants of his centres.

Online shopping has inflicted serious damage on most retailers, and the damage will continue as customers further embrace the concept of using a computer, tablet, or smartphone to do their walking (and shopping).

Westfield and other big shopping centre owners will deny strenuously that they or their tenants are feeling the effects of internet shopping; but if that’s the case then they’re in a minority, because testing the retail mood is as easy as walking through a centre, or down a shopping strip such as Subiaco’s once-bustling Rokeby Road.

‘For lease’ signs, once a rarity, have blossomed in Subiaco, just as they have elsewhere in the retail world – a sure-fire sign that conditions are tough and customers have gone walkabout.

There are other ways to measure the pressure being felt in retail, including poorly stocked shelves and disillusioned staff, who know that many of the customers visiting the store are merely there to eyeball what’s on offer, check prices, and then buy online.

If that’s how shoppers and shop staff see the retail world, how do conditions look to people who own the shops, such as Mr Lowy?

The only conclusion to that question is that some of Australia’s richest people are sniffing the winds blowing off the retail property sector with rising concern; and that could soon be reflected in deteriorating fortunes of some very well-known business names.

The Lowy family, for example, has a lot of its fortune tied up in Westfield, a company that has gone backwards over the past 12 months with its unit price down by 11 per cent on this time last year.

The All Ordinaries is up by 12 per cent since this time last year, which, it might be argued, represents a 23 per cent difference if you add that 12 per cent missed opportunity from simply investing in the index to the 11 per cent fall in Westfield’s unit price.

Disregarding what happened at last week’s various Westfield meetings, there are far deeper questions to be asked, such as what is Mr Lowy actually trying to achieve, and whether Australia’s retail property king senses a sea-change ahead and reckons it’s time to make preparations for what could be a storm heading for the owners of retail property?

Retailers, the people who sell things to you and me, have a choice – they can adopt a ‘bricks and clicks’ solution to satisfy customer demand.

Retail property owners do not have that luxury. They own the bricks – or is it the bricks that own them?