Perth’s office markets may be starting to turn the corner, with both the CBD and West Perth recording a drop in vacancies for the six months to July 2021. 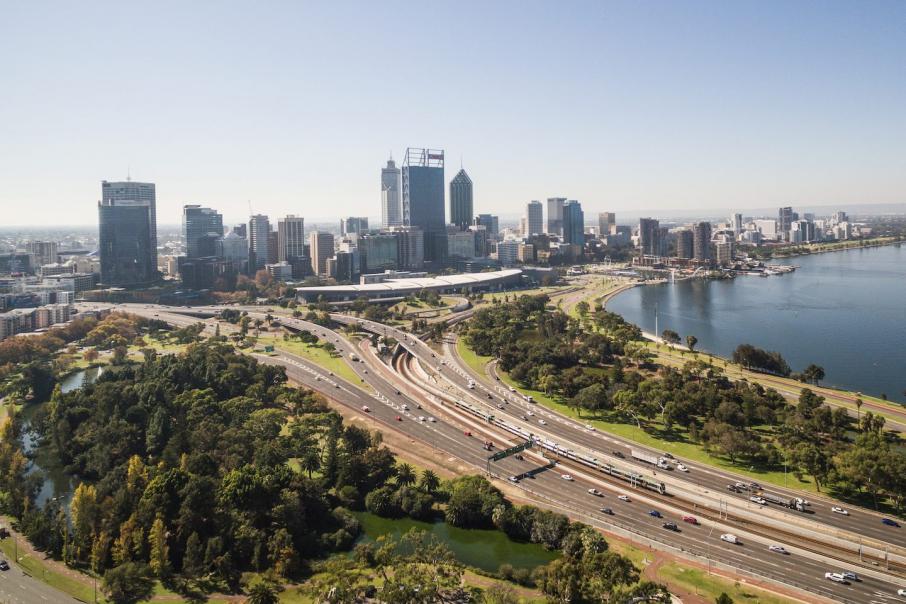 Perth’s office markets may be starting to turn the corner, with both the CBD and West Perth recording a drop in vacancies for the six months to July 2021.

The latest Property Council Office Market report, launched today, recorded a 16.8 per cent vacancy rate for Perth’s CBD office market - the lowest level since 2015 and down from 19.9 per cent in January 2021.

One of the largest drivers for the reduction in CBD office vacancies was the level of stock withdrawn from the market to undergo upgrades and renovations: the Perth CBD recorded one of its highest levels of space withdrawn on record, second only to January 2019.

Speaking at the Property Council of Australia event this morning, CBRE advisory and transaction services James Phelan said withdrawals of office space in the six months to July 2021 accounted for 55 per cent (33,704 square metres) of the drop in the CBD vacancy rate, with an additional 13 per cent of office stock permanently withdrawn from the market (7,662sqm).

Positive net absorption accounted for 32 per cent of the drop in vacancy rate, representing the tenant take up of 19,697 sqm of office space over the period.

Office supply added to the Perth CBD market since January 2021 represented about 0.3 per cent of vacant stock.

West Perth also recorded a decline in empty offices, with the vacancy rate dropping by 3 per cent to 19.1 per cent.

New tenant demand was one of the largest contributing factors for the fall in West Perth office vacancies, the report said, with an additional 10,017 square metres of previously empty floorspace now under lease.

However, the Perth and West Perth office markets still recorded the highest vacancies of any market across Australia.

Property Council WA executive director Sandra Brewer said the results were a vote of confidence in the office market and local economy, but there was still a long way to go.

“Today’s vacancy rates are an encouraging sign for the Perth office market and the local businesses that rely on office workers to thrive,” Ms Brewer said.

“Commercial office owners and landlords have invested, significantly, in the future of the Perth CBD, keeping offices safe and tenants afloat through lockdowns and downturns.”

“Now is the time for governments to put their foot on the accelerator to get the city into top-gear and maintain the positive economic momentum.”

Nationally, the office vacancy rate increased to 11.9 per cent over the six months to July 2021 – the highest level in 25 years.

New South Wales contributed to three of the five largest office vacancy increases over the past six months.

In comparison, the Perth CBD and West Perth markets recorded the highest absorption of office vacancies over the period, followed by the Gold Coast and Canberra. 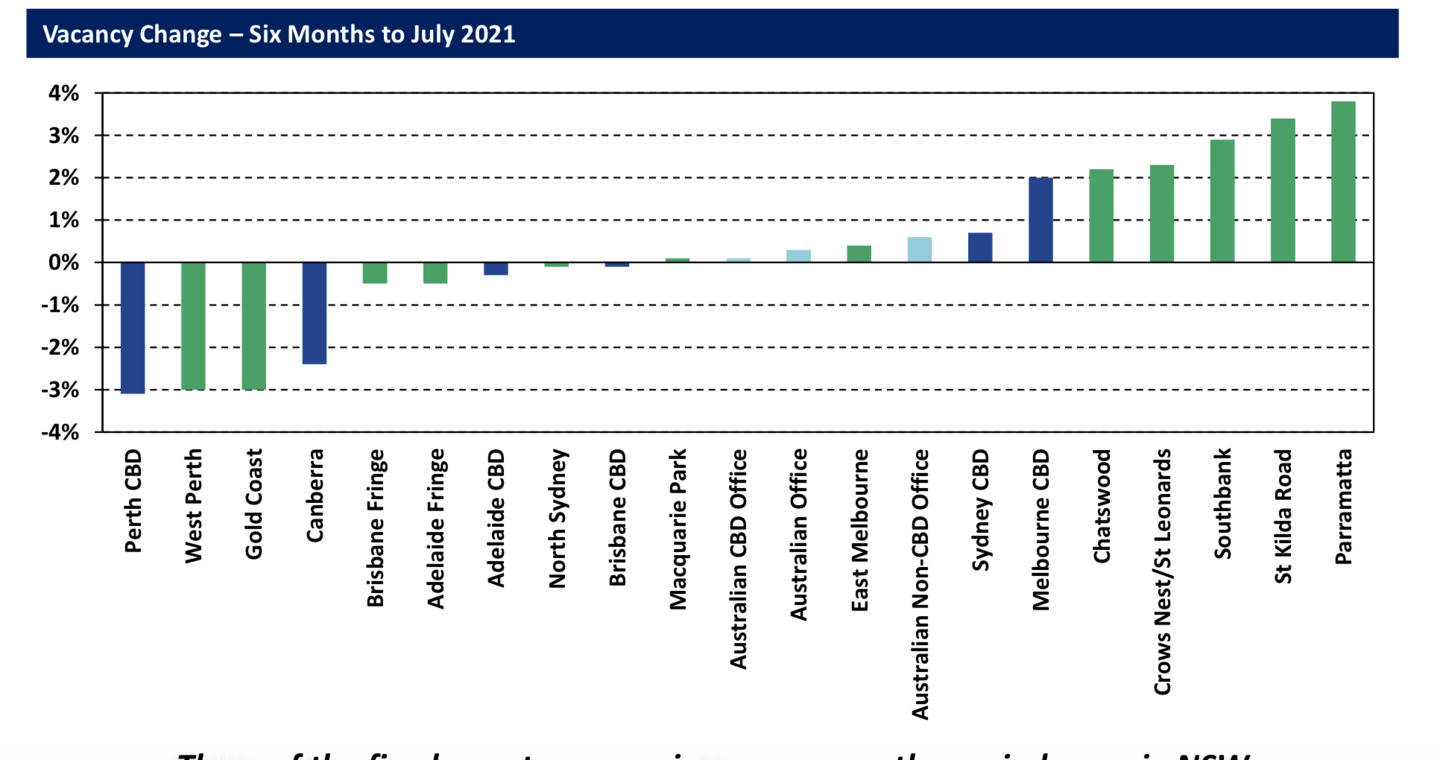 Melbourne recorded the highest rise in office vacancies for the period, up 2 per cent to 10.4 per cent, followed by Sydney, which recorded a 0.7 per cent jump to 9.2 per cent.

Brisbane's level of empty offices remained relatively unchanged, dropping by a marginal 0.1 per cent to 13.5 per cent.

Data for Adelaide painted a similar picture, with vacancies falling 0.3 per cent to 15.7 per cent.

“A robust office market is crucial to ensuring Perth can leverage off our pandemic succes and emerge from COVID-19 as a world-class business destination capable of attracting the talent, investment and the businesses needed to secure WA’s long-term success,” Ms Brewer said.