Lack of supply of large, well-located office and retail assets in Perth’s commercial property market has resulted in the total value of sales falling to less than half of what they were 12 months ago. 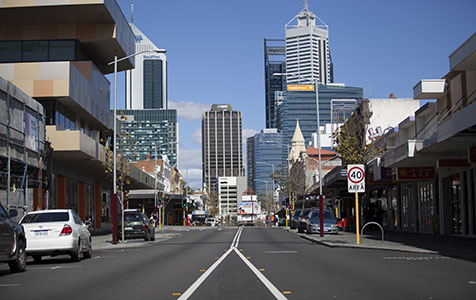 LACK of supply of large, well-located office and retail assets in Perth’s commercial property market has resulted in the total value of sales falling to less than half of what they were 12 months ago.

A year ago there were 39 transactions cumulatively valued at $122.2 million, RP Data said.

However, the RP Data statistics did not include the off-market, $90 million sale of 130 Stirling Street, which was sold to Singaporean property group Hiap Hoe by Charter Hall Group last month.

Commercial unit sales accounted for 23 of the transactions in the March quarter, which were valued at $17.5 million.

RP Data said there were 35 sales in the December quarter, totalling $321 million, while in the September quarter there were a total of 37 transactions with a value of $527.3 million.

The research showed there were 142 commercial sales during the past 12 months with a cumulative value of $1.19 billion, while there were 129 sales in the previous year totalling $806 million.

The sale of the 537sqm office, which is tenanted by international human resources group Ranstadt Information Technology, equated to a rate of more than $10,000 per lettable square metre.

“Both buyers and sellers are progressing in a non-frenzied and considered way,” Mr Milne told Business News.

“I don’t think there is much forecast for significant growth throughout the term of this year, but in the medium to long term, people are quite confident that the CBD and the areas close by will remain strong despite current vacancy levels.”

“There are a number of buyers both nationally and offshore that are looking for those sorts of assets.

“The issue at the moment is there is not much supply. There are a couple deals in the pipeline of a reasonable size, around $100 million and below, but there’s a way to go for the large transactions.”

Prominent properties available for sale according to RP Data include the 10-storey office building at 220 St Georges Terrace, which last changed hands for $60 million in November 2007.

Aspen Group’s Septimus Roe Tower, which was independently valued in December at $94 million, remains available for sale, while an eight-storey office building at 600 Murray Street is currently available for sale through CBRE and Knight Frank.

Colonial First Global Asset Management took its half-share in the Exchange Plaza, including the 39-level office building and the two-storey Weld Club, off the market in September last year, in order to negotiate a number of key lease renewals, including with the Australian Securities Exchange.

The stake was expected to fetch about $180 million.