The fall-off in trade to the Middle East is a concern for WA sheep farmers. 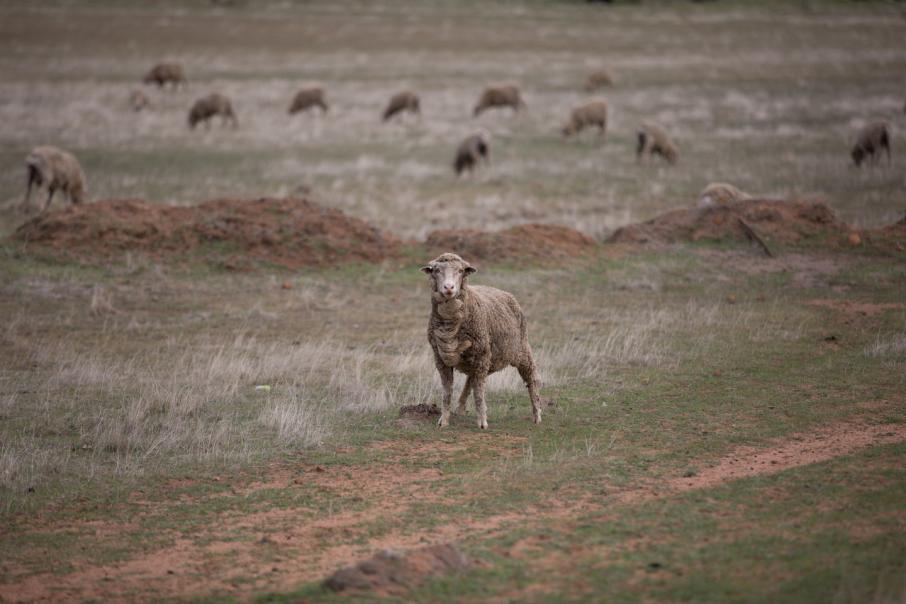 Total live sheep export volumes for 2020 came in at 811,511 head, which represents a 49 per cent decline in flows from the five-year average pattern. Photo: Gabriel Oliveira

The flow of live sheep out of the eastern states has all but dried up in recent years, and there is a worrying trend towards reduced volumes to our key live sheep export destinations.

Given the reliance on the live export trade for sheep producers in Western Australia as part of their flock management regime, the possibility that we may be falling out of favour with key offshore participants is a worrying sign.

Total live sheep export volumes for 2020 came in at 811,511 head, which represents a 49 per cent decline in flows from the five-year average pattern.

This signals that the Northern Hemisphere summer moratorium and the tight supply of sheep are having a negative impact on live sheep export volumes.

Analysis of the seasonal live sheep flows to Australia’s top four export destinations shows a recurring pattern of higher-than-average flows leading up to, and after, the moratorium period. However, each of the key destinations shows a concerning trend when comparing the 2020 pattern to the 2019 trend.

Kuwait is Australia’s top destination for live sheep exports, taking 41.6 per cent of total flows in 2020.

A comparison of the average flows for the months either side of the moratorium shows volumes during the March-April 2020 period were 19 per cent ahead of the average trend.

While the increase to average monthly live sheep consignments to Kuwait in the months leading up to the moratorium for 2019 and 2020 were within 2 per cent of each other, the average monthly flows for the last four months of each year show that 2020 flows were 28 per cent less than those seen in 2019.

While it is early days, it could signal that Kuwait is beginning to consider other supply options.

All of these destinations show declining volumes from the 2019 to 2020 season.

Indeed, Qatar had above-average flows in 2019 leading up to the Northern Hemisphere summer moratorium and a good improvement in flows for the last quarter of 2019.

However, 2020 has been decidedly lacklustre, with flows running 46 per cent under the 2019 trend and 61 per cent below the five-year seasonal pattern.

Jordan experienced similar sized spikes in volumes pre- and post-moratorium for 2019 and 2020, although there was no spike in volumes during October of 2020.

The net result of this lack of a spike in October meant that the 2020 flows to Jordan were 29 per cent lower than during 2019.

However, in 2020 there was only one above-average spike in volumes before the moratorium, and numbers remained below the average pattern for the latter half of the season.

While it may be a dual issue of low supply and high prices affecting our live sheep export volumes, the changed behaviour by, and reduced volumes to, all of our key trading partners before and after the moratorium signals a worrying possibility that we are losing status as a reliable and trusted supplier of live sheep throughout the season.

The prospect of losing our status as a key supplier of live sheep to these Middle Eastern destinations is becoming a very Western Australia-centric problem, as live sheep flows from the eastern states have all but dried up in recent years.

While the live sheep trade has been dominated by WA for many years, the 10-year average market share, prior the moratorium period, shows that WA accounted for a fraction over 80 per cent of the trade, with the eastern states contributing nearly 20 per cent of the flows.

The dwindling use of the live export avenue from east coast sheep producers could mean the only voices supporting the sector are coming from the west.

At a time when the live sheep export sector needs increasing support nationwide, it is losing its relevance to the eastern states.