A $17.6 million five-storey residential development on Louise Street in Nedlands has been recommended for approval, following initial community and council opposition. 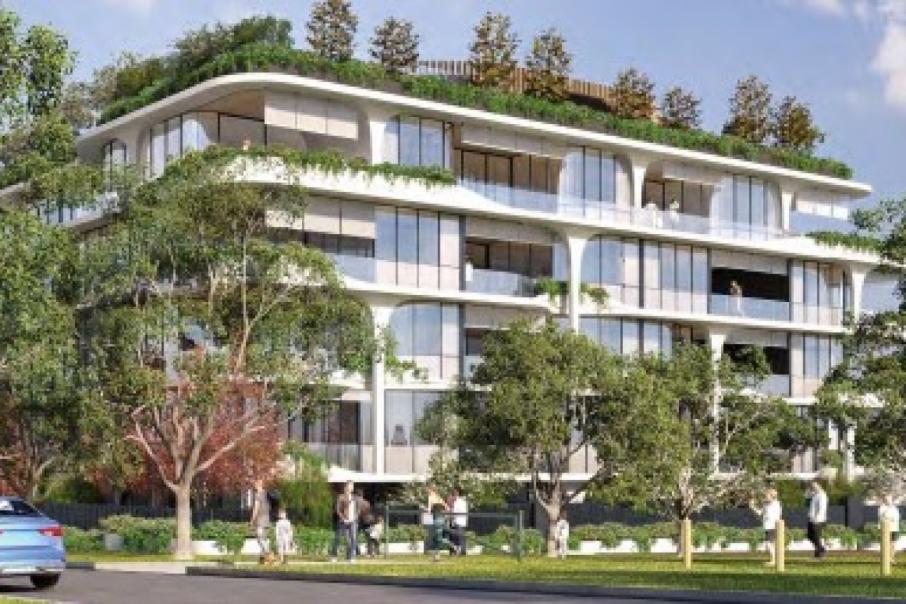 The six-storey 37-apartment project in Nedlands has been recommended for approval. Image: Hillam Architects

A $17.6 million five-storey residential development on Louise Street in Nedlands has been recommended for approval, following initial community and council opposition.

The proposal for 17-19 Louise Street was lodged by Hillam Architects last year and was subsequently revised down from comprising 44 dwellings to 37 dwellings following several amendments prompted by public consultation and council recommendations.

The project was the first development application on Louise Street seeking to adhere to revised residential codes that permitted more height, as a result of the gazettal of a new local planning scheme in April 2019.

Since the rezoning changes there’s been a wave of development applications lodged with the City of Nedlands for apartment projects ranging in size from three to more than 20 storeys.

A recommendation for 17-19 Louise Street was previously deferred to enable the developer to submit more information on waste management, street trees, landscaping and overshadowing, with special council minutes from May 5 outlining several reasons for refusal including “visual privacy concerns over the entire neighbourhood from the upper storeys, particularly the rooftop”.

Other points for refusal from that special council meeting included being that it did “not consider the heritage value of the Peace Memorial Gardens. This development could be considered to be more appropriate on Stirling Highway.”

The development additionally received over 110 objections, according to the minutes.

Previously, councillors reportedly spent $6,000 on external help to present reasons for refusal against the project, as well as against a neighbouring apartment development on Vincent Street.

The City of Nedlands told Business News those funds were spent on “further review by an outside planning consultant”.

Following amendments to the proposal, the council’s officer has since recommended the project for approval when The Metro Inner-North Joint Development Assessment Panel meet next week.

Hillam Architects principal David Hillam said the team had been working really hard to respond to the areas of concern to the council.

“We look forward to delivering a very high quality project in the City of Nedlands, that will hopefully set a benchmark for development in the area,” Mr Hillam told Business News.

The 17-19 Louise Street project is one of several apartment developments planned around and near the Peace Memorial Rose Gardens in Nedlands.

On the other side of the rose gardens, Cirey Developments has been given the green light for its five-storey 15-apartment project at 13 Vincent Street, recently receiving development approval.

Hillam has also lodged an application for a second residential development on Louise Street (21-23) consisting of seven two-storey grouped dwellings, as well as six apartments over three storeys.