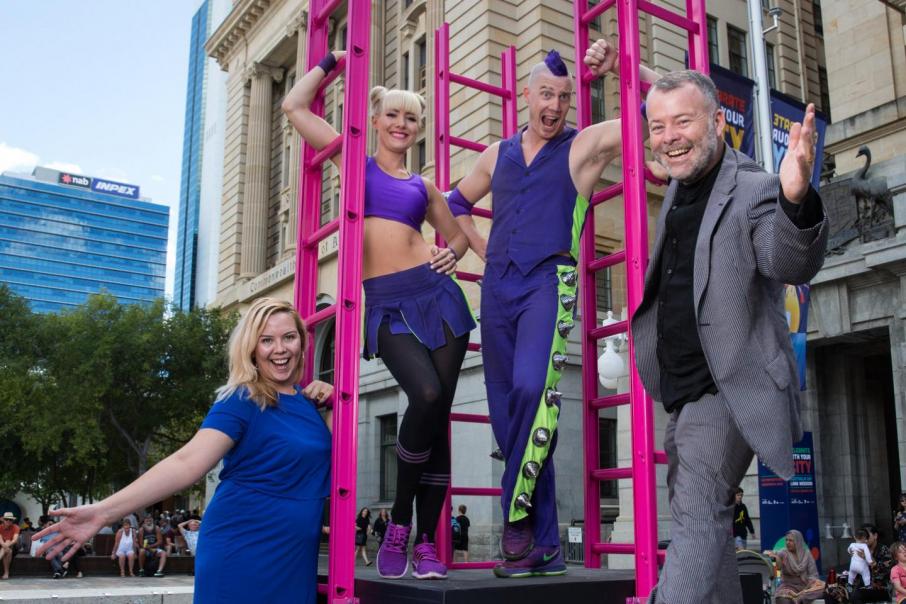 Lotterywest has increased funding for Fringe World Festival and Sculpture by the Sea, committing $1.9 million to the month-long arts festival and $77,000 across a three-year partnership with the coastal exhibition.

Lotterywest’s committment to Fringe is up from $700,000, which it provided in 2017. Combined with a $350,000 grant from the Department of Local Government, Sport and Cultural Industries, it takes state government funding support to more than $2 million for 2018.

“It has helped put thousands of talented WA artists on the international map as it showcases everything from comedy and cabaret, to circus, theatre and visual arts,” he said.

The festival had attracted all kinds of Western Australians, employed 16 staff members year round and many more during the festival time, Mr McGowan said at the Fringe World opening.

Lotterywest’s partnership with Sculpture by the Sea for 2018-2020 will support an access and inclusion program.

The program will include several tours, including free tactile tours offered to people of all ages living with a disability.

Disability in the Arts Disadvantages in the Arts (DADAA) guides will facilitate the tactile tours, which are designed to introduce participants with a disability to new ways of experiencing and enjoying contemporary sculpture through informed discussion and touch.

On Wednesday March 14 and Thursday March 15, Sculpture by the Sea will host beach access days.

Guided tours for Amana Living residents and clients, led by DADAA guides and Sculpture by the Sea staff, will also be made available, while dementia-specific tours will be provided for Amana Living Day Club residents.

Amana Living and Alzheimer’s WA will provide training for Sculpture by the Sea staff, DADAA staff and artists.

Sculpture by the Sea founding director David Handley said he was relieved to have received the funding.

“Without which we could not have afforded to continue to offer these services to people with disability and their carers,” he said.

“It is such a wonderful program and we would like to thank Lotterywest for its support.

“In particular I would like to thank everyone who encouraged us to create these programs, and to invite people to register for a tour or to visit on the beach wheelchair access days.”

Sculpture by the Sea has struggled with funding in the past, with Hancock Prospecting making a six-figure saving sponsorship in 2014, while Andrew Forrest and major partner Alcoa have injected funds over a number of years to keep the event running.