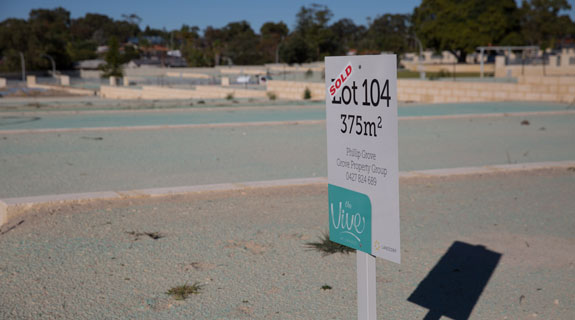 Perth land prices are defying the conventional supply-demand equation, hitting a record high in the March quarter despite a significant fall in sales in 2015, according to the Housing Industry Association.

The HIA-RP Data Residential Land Report showed Perth’s median lot price rose 3.7 per cent to $280,000 in the three months to the end of March, while on a square metre basis, land values rose by $21/sqm, to $664/sqm, to make it the second most expensive market in Australia.

Lot sales were up 9.6 per cent in the period, but remained 15.4 per cent lower than the same time last year.

“Peth land market activity is down considerably on its peak achieved in the March 2013 quarter, when 3,757 lots were transacted,” the HIA said.

Among capital cities, the HIA said only Sydney was a more expensive place to buy a vacant block than Perth, with the harbour city’s median of $365,000 more than 30 per cent higher than Perth’s, while Sydneysiders pay $678/sqm.

The weighted median lot price nationally was $219,663, a 4.1 per cent rise on the previous three months.

“There are two key conclusions that can be drawn from land market activity during the March 2015 quarter,” the HIA said.

“First, the combination of significantly reduced turnover and strong price growth suggests that supply bottlenecks in residential land are intensifying.

In regional Western Australia, land sales were down 9.9 per cent to 559 in the March quarter, a 22.3 per cent drop on the same time last year.

However, there was significant variation in median prices across the regions, with Kimberley land values up 21.3 per cent compared to last year, while falls were recorded in the south eastern (11 per cent), South West (13 per cent) and central (13 per cent) areas.