Look north for the land of opportunity

It might be time for business to revisit the prospect of Indonesia as an investment destination. 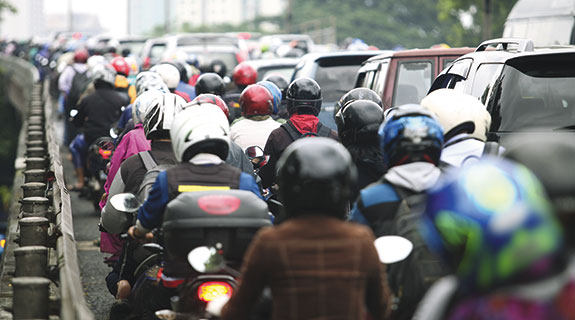 BENEFIT: There are opportunities for WA businesses in Indonesia. Photo: iStockphoto

It might be time for business to revisit the prospect of Indonesia as an investment destination.

Indonesia was the subject of much discussion and the target of several ambitious business expansions among those who were interested in the emerging markets story of the 1990s following the collapse of the Soviet Union.

I remember law firms, banks, and a host of other small businesses established themselves in Jakarta to take advantage of Indonesia’s version of Glasnost as its economy opened. It was one of many such economies around the world where, after the Cold War, democracy was on the rise and economic development demanded.

This was before China had properly loosened the shackles of its economy or really started to occupy the imaginations of entrepreneurs, as it did after the turn of the century.

Unfortunately, Indonesia’s pathway to economic growth was rocky. The turmoil of the 1997 Asian financial crisis hit that country extremely hard, and, along with the ugly separation of Timor Leste, made the transition to full democracy more rapid but much more difficult than it might have been.

Like many others who watch the region, I admit to taking my eye off the ball regarding Indonesia. China’s emergence as a major market for Australian minerals and gas, and an economic giant in its own right, was the big story, and my interest in our near-north neighbour extended only to the large number of Western Australian companies with mining ventures there.

Apart from the various high-profile political issues that have dominated the headlines concerning the fraught Indonesia-Australia relationship, I just haven’t noticed much that has been happening there.

Outside of mining, I am only really familiar with CBH Group’s interests in Indonesian flour milling. I was surprised, therefore, to hear how much is going on just to our north – investment activity that offers a lot of opportunity to Australian companies, well beyond selling cattle or noodles to our most populous neighbour.

A recent discussion with two important Indonesian representatives – Perth-based consul general Ade Padmo Sarwono and visiting senior diplomat, Indonesia’s national secretary Asean, Ngurah Swajaya – outlined to me the huge developments their nation is embarking on, and its need for skills and investment.

Dual tracks for its major railways; a high-speed train between the capital Jakarta and the important administrative city of Bandung; a trans-Sumatran railway; plans for numerous new or upgraded ports and airfields; and a major energy development involving coal-gasification are among the projects on the drawing board or under way.

Clearly Australian business, as very much a taker of investment dollars, is unlikely to be funding these national projects. Anyway, China and Japan are already there doing much of that heavy lifting, as is, I am told, Singapore, or at least interests channelled through the city nation.

Nevertheless, as construction and engineering firms face the end of the pipeline of resources contracts, this is an area where they may be able to pick up new work. Many already have experience operating offshore, in regions far less hospitable than Indonesia.

In what was something of a diplomatic week, I also heard Australia’s high commissioner to Singapore, Philip Green, speak to an Australian Institute of Company Directors audience.

While it was an off-the-record discussion, Mr Green was happy to convey to the WA business community that Australia was bullish about the opportunities in the region and the possibilities of partnering with Singapore, a nation that culturally sits neatly between us and the rest of South-East Asia.

I am a big fan of Singapore, and was quite heartened by his talk and the strategic interest that Australia has taken in the country.

Given Singapore already has strong interest in the developments taking place in Indonesia, it makes sense for Australian companies with willingness, experience and expertise to partner with business from this neighbour to capitalise of what is happening in Indonesia and elsewhere in the region.

It is worth remembering that Singapore not only has the cultural links; it has huge investment grunt due, in part, to being home to major funds, including its own giant sovereign wealth fund and massive private wealth, having become the world’s second most popular host of such fortunes after Switzerland.