Look back before forging ahead

AFL management would do well to remember fans’ enthusiasm for the game’s traditions. 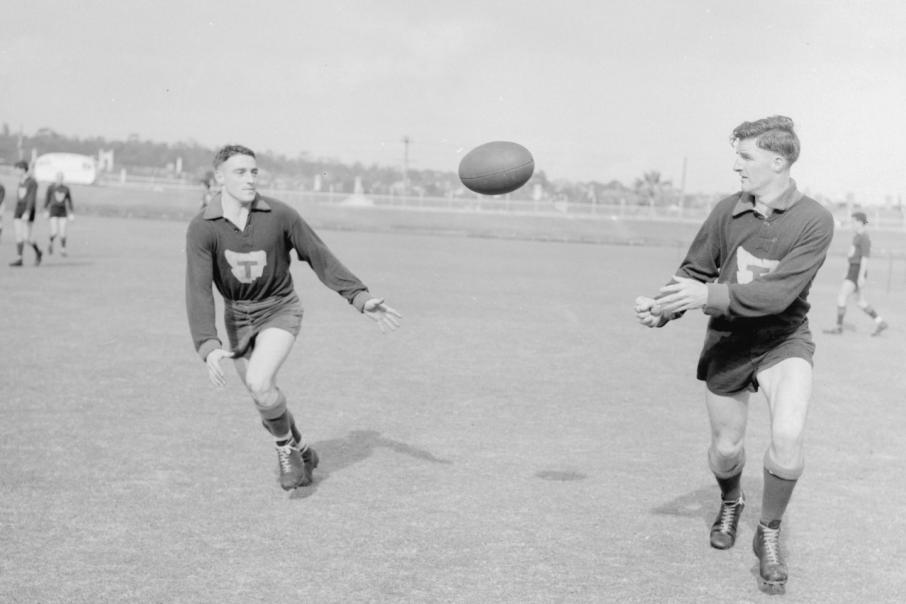 Tasmania played a part in interstate football rivalries until the formation of the AFL.

It may have happened half a world away, but there are some clear lessons for Australian sporting organisations from the European Super League debacle.

For those who don’t follow the round-ball game, the formation of the ESL was an attempt by 12 of Europe’s biggest football clubs to form their own league. Three other unnamed clubs were to have been invited to join as permanent members.

A further five spots were to have been rotated between the rest of Europe’s football clubs, based on their performances the previous season.

In essence, it would have replaced the Champions League, but without the need for 15 top European clubs to actually qualify each year. Their places would have been guaranteed, along with a share of the huge prize money on offer.

The announcement generated a massive backlash among football followers, with protests outside football stadiums and an outpouring of discontent on social media.

The sport’s controversial international governing body, FIFA, threatened to ban the ESL clubs from their domestic leagues and those clubs’ players from the World Cup.

One by one, the clubs that had signed up to join the ESL backed away from it. This is what happens when sporting organisations ignore history and tradition.

What the supporters actually wanted was the old-fashioned rivalries that had been forged, in many cases, over more than 100 years of domestic competition; promotion, relegation and competition for European football.

The giants of European football were accused of being greedy, though they argued they were just trying to guarantee their revenue streams and take control away from FIFA.

Australia’s biggest sporting organisation, the AFL, doesn’t have the same historical baggage that FIFA does. For the moment, the clubs seem mostly content with the way the competition is run.

But the AFL does risk a damaging backlash from the wider supporter base if it doesn’t learn from the proposed ESL’s mistakes around history and tradition.

For instance, one of the most pressing issues in Australian football is the exclusion of Tasmania from the national competition, with only North Melbourne and Hawthorn taking the game to the Apple Isle in exchange for sponsorship arrangements.

Tasmania has a rich football heritage that stretches back to the 1860s. It’s also a football heartland, having produced VFL players of the ilk of Hawthorn’s Peter Hudson, St Kilda pair Ian Stewart and Darrell Baldock, and Richmond’s Royce Hart.

But Tasmanian football is dying. Without an AFL team, grassroots football has suffered and other sports, such as soccer and basketball, are taking full advantage.

If the AFL can spend millions to push football into the Gold Coast and the west of Sydney, then surely it can respect the history of Tasmanian football by backing a new team to play out of Hobart or Launceston, or both.

Then there is the ongoing controversy over Port Adelaide – one of football’s oldest and most storied clubs – being barred from wearing its famous blackand-white ‘prison bars’ guernsey in the AFL.

The club wanted to wear the jumper against the Crows at Adelaide Oval this weekend, but the AFL refused to allow it.

Collingwood, and former president Eddie McGuire, have been particularly critical of Port’s push to wear the bars.

But why? What do Collingwood and the AFL lose by allowing Port Adelaide to wear black-and-white in a game being played hundreds of kilometres from the MCG? And why shouldn’t Port be allowed to wear it every week, anyway? That’s why clubs have ‘away’ jumpers and ‘clash’ jumpers.

Finally, consider a recent push to make the fixtures fairer. It’s being suggested the AFL should add two teams (let’s hope Tasmania is one of them), then split the competition into a first division and second division, with 10 teams in each and promotion and relegation each season.

I like the idea, personally. But can you imagine Essendon and Collingwood not being able to play on Anzac Day because they’re in different divisions? Or the prospect of no Western Derby or Showdown in any given season, for the same reason?

At times, the AFL appears not to care much for the history of football. But it’s issues like these that can cause people to eventually walk away from the game. That, of course, comes with a cost, and we know that money is something the AFL does care about.