The Keysbrook mineral sands mine has had its lifespan almost trebled after a sharp increase in ore reserves, miner MZI Resources said today. 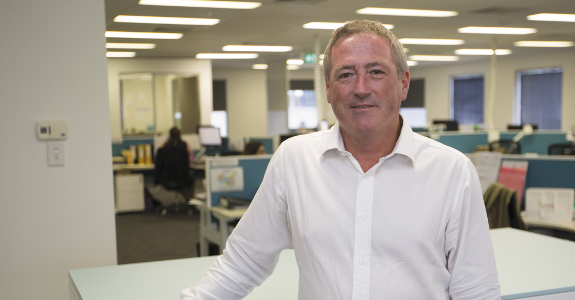 The Keysbrook mineral sands mine has had its lifespan almost trebled after a sharp increase in ore reserves, miner MZI Resources said today.

Reserves now measure 72 million tonnes, giving the operation a 16-year mine life, although the company predicts further extensions as it undertakes drilling.

Keysbrook is located about 70 kilometres south of Perth, just south of Serpentine.

Today's announcement follows the start of the company’s leucoxene exports through the Port of Bunbury earlier this month.

That development helped cement the state’s position as one of the world’s largest mineral sands exporters.

The company expects to churn out about 67,000 tonnes of leucoxene per year, in addition to about 29,000t of zircon concentrate.

Leucoxene is one of a variety of forms of titanium dioxide feedstock, used largely for pigments, with rutile and ilmenite two other types found in Western Australia.

The state currently produces about 7 per cent of global feedstock supply, according to report published by the Department of Mines and Petroleum last year, while the market share of zircon, a further mineral sand used mainly in tiling and ceramics, was about 15 per cent.

That’s from about 6mt and 10mt per annum globally respectively.

Broadly, however, there’s tough price environment for sellers of the sands, which has contributed to operations such as Iluka Resources’ Jacinth-Ambrosia in South Australia being put on care and maintenance.

MZI managing director Trevor Matthews said despite the pressures, the Keysbrook project was cash flow positive at its current production rate, which was still ramping up.

“At full design we do particularly well… a 50 per cent ebitda margin is what we aim for,” he said.

Mr Matthews said the market was still going through a rebalancing of supply and demand, with prices pretty close to the bottom for this cycle.

“Most producers aren’t making any money at all at these prices,” he said, with an improvement expected towards the end of this year or early next year.

But there are some broader pressures on the industry in WA, with existing deposits becoming higher cost to exploit and grades falling.

Iluka’s mine operation in Eneabba is currently idle, while only one of its four rutile kilns in WA is being used.

Nonetheless, a number of companies have proposed projects.

Tronox has touted Dongara-Irwin and Todd Corporation is a 25 per cent shareholder in the Eucla West heavy mineral sands development.

Queensland-based Diatreme Resources is reportedly undertaking a cost review of a potential $223 million plant at its Cyclone Zircon.