Politics and academia are a volatile mix, as the handling of the Bjorn Lomborg initiative at UWA has shown. 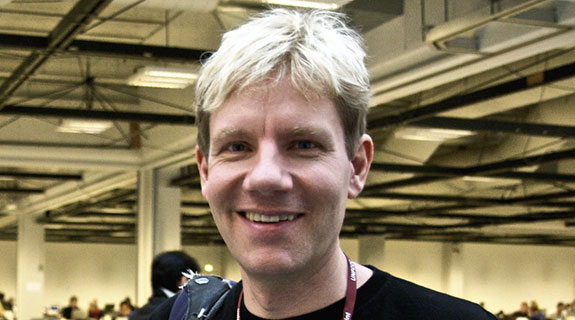 Politics and academia are a volatile mix, as the handling of the Bjorn Lomborg initiative at UWA has shown.

The drama surrounding Bjorn Lomborg’s aborted research centre at the University of Western Australia has been very disappointing, but perhaps not that surprising.

Dr Lomborg is a darling of those who question the rigid consensus on the way climate change ought to be dealt with.

As a result, his detractors brand him as a right-wing climate contrarian.

Anyone would have thought he’d advocated a return to whale hunting, proposed nuclear power as a response to global warming and blamed Australia’s Aboriginal people for the first documented possibility of anthropogenic climate change.

Of course that wasn’t Dr Lomborg. It was Tim Flannery, who has held various official and academic roles focused on climate science, even though he’s a zoologist and a palaeontologist and his scientific publications are focused in that area.

Given Professor Flannery has had numerous government paid or funded gigs, it is surprising how his contrarian views on so many otherwise highly flammable subjects are not cause for furore among academia, students unions and other protectors of university status quo.

He is currently chairman of the Denmark-based Copenhagen Climate Council, so perhaps Prime Minister Tony Abbott thought it only fair that we got a Dane back in return.

Mr Abbott certainly got that wrong.

It seems he and his government have yet to learn to stop kicking own goals. Firstly, the Australian people might have voted against the carbon tax because of the way it was foisted on them, but they probably are a little wary that the Abbott government’s policy in this area might be equally skewed in the opposite direction.

Furthermore, the federal government has turned a perfectly reasonable case for reforming universities into a political disaster.

Uniting these two policy areas via Dr Lomborg seems like such an ill-conceived plan when there are so many other areas rich with possibility for reclaiming political capital.

Various different governments have offered a lot more money than $4 million to establish all sorts of academic enterprises, so it is not as if a precedent was set, but the timing and cause were ill-judged.

Michael Chaney’s return to Wesfarmers as chairman is interesting proof that the Perth-based giant believes in its model.

As has been noted in other media, Mr Chaney is following a path worn by predecessor Trevor Eastwood, another former CEO who spent 10 years in major roles outside the business he ran until returning to chair it.

Mr Chaney copped a bit of criticism for National Australia Bank’s performance as he was in the process of stepping down as chair of the bank, with one newspaper suggesting it was a lost decade.

As Mr Chaney responded, that seems a little harsh. In terms of total shareholder return, the Morningstar figures we publish on our website show NAB is on par with ANZ and Westpac over the past five years, and just behind Commonwealth Bank.

Australia’s banks have survived the GFC when many nations witnessed major collapses.

Much of the criticism of NAB has been the failure of its overseas adventures. Australian companies have a poor record of expanding offshore and, as such, the different strategies employed by the banks offer a rare way of differentiating them.

In a slightly different way, Woodside has also broadened its exposure from a very domestic focus. Mr Chaney also chairs the oil and gas player.

Let’s hope that Mr Chaney’s experience in that regard will assist him as he takes over the Wesfarmers board. If the banks are a bit bulky in Australia, then Wesfarmers is starting to look two sizes too big.

It is number two in the supermarket duopoly and rules hardware. It would be significant if it could take that retail strength and apply it with equal success in foreign markets. It’s time we had a major company become one of own multinationals.

Woodside Petroleum CEO Peter Coleman offered some heartening comments for those who hope that our resources growth will provide a sustainable future for this state in terms of more than simple extraction.

Speaking at a Consult Australia function recently, Mr Coleman said the company’s new building would house an advanced operations centre, which would go beyond the various versions run by iron ore miners that house their remote operations.

While stating that Woodside needs to get its costs down, Mr Coleman also said that an investment in predictive technology, using real-time data analytics, had to replace the traditional systems of bells and alarms alerting human operators when things were not quite right.

He said Woodside was investing in graduates to ensure there was brainpower within the company, but it would also be crowdsourcing the kind of ingenuity needed to give itself an early-mover advantage in a field where new technology typically took eight years to gain acceptance.