A Perth technology company was the big winner in the latest round of commercialisation grants from the federal government, securing $1 million to accelerate the rollout of a virtual reality product that will be familiar to Star Trek fans. 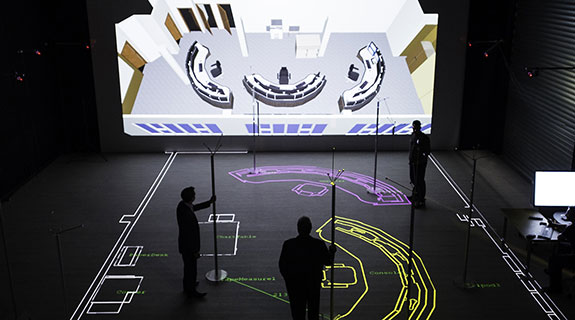 A Perth technology company was the big winner in the latest round of commercialisation grants from the federal government, securing $1 million to accelerate the rollout of a virtual reality product that will be familiar to Star Trek fans.

Jumbo Vision International will use the funds to start exporting CADwalk Global, which company founder Gerhard Kimenkowski likened to the ‘holodeck’ on Star Trek.

It was one of 20 Australian companies to share $7.3 million in the latest round of grants, with each needing to provide matching funding.

Other WA recipients were Bentley-based Bombora Wave Power, which was awarded $130,000, while Global Grain Handling Solutions was awarded $250,000.

Mr Kimenkowski said it was developed to meet the needs of people designing high-value rooms, such as command-and-control rooms, who want to ‘experience’ the design before it is built.

It allows operators, architects, builders and engineers to walk through a full-sized representation of a control room and modify the layout as they proceed.

The product was originally implemented at Jumbo Vision’s Centre for Advanced Virtual Environments in Adelaide, which was established after the company secured a $1.18 million grant from the Structural Adjustment Fund for South Australia.

It was launched in 2013 and won the new product award at the South Australian iAwards in 2014.

The company is poised to open a second CADwalk in Perth by the end of November, to service the Asia Pacific region.

The $1 million grant will support the establishment of CADwalk Centres of Excellence in Europe and North America.

“We have first mover advantage with this unique product, so having the funding for rapid expansion into key markets is significantly important,” Mr Shopland said.

The business will look beyond control rooms to other space-critical environments, such as data centres, shops and warehouses, offices and even kitchen design.

Mr Kimenkowski established Jumbo Vision 25 years ago by, initially with a focus on the audiovisual market.

He said the company was not inventing from scratch, rather it combined existing technologies to create new systems.

Announcing the grants, Assistant Innovation Minister Wyatt Roy said innovation was at the heart of the federal government’s agenda.

“Australians are great innovators, but we need to turn our great ideas into commercial products,” he said.

“The commercialisation of these products will advance our industries and create new opportunities, as well as ensuring Australia’s intellectual property is protected.”

To date, the Entrepreneurs Programme has provided 75 commercialisation grants worth $37 million.