The recent travails of VW and Glencore provide a stark reminder of the limits of globalisation. 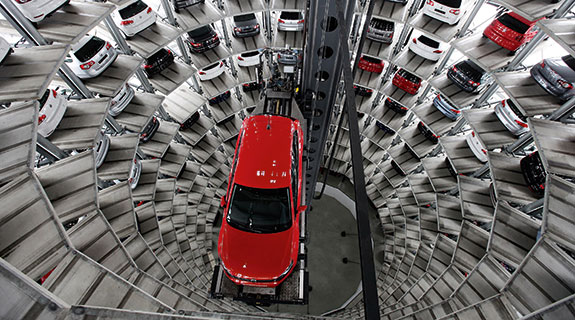 FAILURE BY OMISSION: VW failed to fully appreciate the demands of the US market. Photo: iStockphoto/EdStock

The recent travails of VW and Glencore provide a stark reminder of the limits of globalisation.

At first glance, there’s not a lot connecting German carmaker Volkswagen and Swiss-British mining and commodities trader Glencore; but that’s until you look at the problems caused when head office runs off the rails and a worldwide spread of interests becomes unmanageable.

The extreme view of what’s happening at VW and Glencore is that they are examples of globalisation reaching its natural limits, meaning that a retreat to local decision making might be the next big trend in business.

Going back to a future where cars are designed and made in Australia, or mine managers do not report to someone in London or Zug, is unlikely from a strict business view of the way things might work – until you consider what governments and investors are demanding.

In both cases – Glencore with its failed worldwide mining and commodity-trading model, and VW with its use of technology to break anti-pollution laws – are concepts developed in one place and exported to others. And both are failing, at great cost to the shareholders of both companies.

Glencore thought it could reinvent the way the resources industry functioned by combining two separate parts of the business – the extraction and processing phase, and the trading phase.

It sounds simple, but as the past few months have shown, it obviously isn’t. Mining, quite obviously, is very local. Trading is logistics and financing.

In trying to integrate mining and trading, Glencore failed to allow for a downturn in prices as demand for raw materials peaked. In many ways it is like shopkeeper who has over-ordered for pre-Christmas trading, only to be left with an overstocked shop and big overdraft.

VW’s crisis, which could yet wipe out the world’s biggest carmaker, is variation on the theme of failed globalisation, because a cunning plan hatched at headquarters to help sales of diesel-powered vehicles in Europe failed in the US, which has never liked diesel engines in private cars.

Diesel took off in Europe partly because government regulators in that region like the idea of an engine that emits less carbon monoxide than petrol engines, overlooking the fact that diesel engines emit more nitrous oxides.

With government encouragement, European car buyers became diesel addicts; 50 per cent of the cars sold in the region have diesel engines, compared with 5 per cent in the US.

Convinced it was onto a winner, VW set about trying to convert US consumers to diesel, despite facing a doubtful local market and ultra-strict environmental laws in states such as California. Globalisation, as conceived by VW failed in Los Angeles.

There are other examples of a head office in one country transferring its bright ideas to a business unit in another country.

China, for example, imagined it could build iron ore processing plants in Western Australia using another Chinese company as its primary design and construction contractor, a mistake that has resulted in losses approaching $20 billion, and with little hope of ever generating profits.

Because globalisation has been such a popular business theory, especially when married to high-speed communications and the rapid movements of capital around the world, it has seemed like the winning model for business in the future.

The failures of VW, Glencore and Chinese raw material processing is a reminder that countries have borders, and their own laws; and that means an increasing scrutiny of the globalisation model, as seen in the ongoing inquiry in the Australian parliament into tax minimisation schemes used by international companies.

None of this means that globalisation as a concept is coming to an end, but it is certainly generating a lot of talk about whether it’s time to act more locally and think less globally.

LOOKING for green shoots in the wasteland of Australia’s resources sector can be frustrating and rewarding at the same time, because while a cleanout of failed projects continues, the first signs of opportunity are emerging.

The collapse of Glencore and its ambitions to become the world’s biggest mining company has started to buffet the local mining sector as an asset sales process gets under way.

What Glencore has done in its coal, copper and zinc business units is likely to be repeated in nickel, as was explored in this column last week.

So, if the resources industry remains dominated by ongoing bad news of overproduction, project closures and corporate collapses, is it possible to find any good news?

The answer to that question is yes, but you have to look closely to recognise what’s happening and to be patient, because the recovery will not happen overnight.

Three events offer an insight into how the renewal process is working.

The first, and most obvious, is the asset sales program of big mining companies as they downsize, a process that is both an exit and an entrance.

Rio Tinto’s $US606 million sale of a 40 per cent stake in the Bengalla coal mine in NSW is an exit for the vendor and an entrance for the buyer, New Hope Corporation, which is betting on a coal price recovery. Glencore’s asset sales will also be a case of out and in.

KKR’s purchase of a 10 per cent stake in South Australia-focused OZ Minerals is the second event that signals a sea change in resource-sector sentiment, because the New York-based funds manager reckons OZ is a bargain and copper is the metal most likely to rebound next year.

Another aspect to the KKR investment in OZ is that it is largely backed by cash, with the owner of the Prominent Hill copper mine sitting on more than $400 million in cash, with a further $570 million likely to be generated over the next two years.

The third event (or potential event, to be more accurate), involves three local iron ore mining companies, which have spent the past 18 months in the sin bin but remain cash rich, like OZ.

There are good reasons for the three small iron ore stocks to be at low values, including concern about the future price of iron ore.

However, if OZ, with its cash, was good enough for KKR, it’s a fair bet that some investors will soon look at the cash in the trio of local iron ore miners.