SPECIAL REPORT: A small but growing Perth-based health insurance fund believes the market dominance of HBF is an unnatural position that can’t last in an increasingly competitive market. 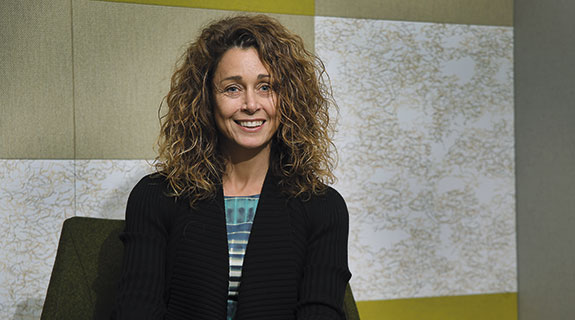 A small but growing Perth-based health insurance fund believes the market dominance of HBF is an unnatural position that can’t last in an increasingly competitive market.

HIF executive manager business development, Anne Humphrey, told Business News that Western Australia was one of only two states, with South Australia, in which a single health insurance fund held more than 50 per cent of the market.

Ms Humphrey said major national and international players Medibank Private and BUPA, which currently had about 20 per cent and 10 per cent WA market share respectively, were almost certainly looking at ways to increase that share.

“Other health insurers have only really become serious in the WA market in the last few years,” Ms Humphrey said.

“I think Western Australians have become a little less parochial and we’ve certainly become part of a global market.

“You’ve got the major players coming in here after HBF’s market share. HBF has gone from around 80 per cent down to 55 per cent and it’s continuing to become even more competitive.”

Ms Humphrey said HIF had grown its national membership by about 26 per cent last year, including 8 per cent growth in WA.

The not-for-profit HIF is currently the fourth-largest health insurance fund in WA, with 4.1 per cent market share.

Ms Humphrey said the business had a strong focus on keeping costs down, which included automating online processes and not having bricks and mortar shop fronts.

“For the past two years, we’ve had the lowest premium increase of all the health funds available to the general public,” she said.

“Over the past nine years we’ve been under the industry average, so we’ve been very focused on keeping costs down.”

HBF managing director Rob Bransby said his firm’s prices were in line with the bigger insurers, and it preferred to extend value through free add-ons such as personal training and services such as flu shots at its affiliate Friendlies Chemists HBF Pharmacy.

He said costlier services, which included having shop fronts, was an integral part of the fund’s strategy to maintain and grow customers.

“Health insurance is complex. The content of the policy and how it fits in with your lifestyle is where you’re going to get the most benefit, so that’s why our branch channels are so important to us and so busy,” Mr Bransby said.

“We find that these conversations at a branch are needed.”

While competition for customers in WA intensifies, both HIF and HBF have their eyes set on the east coast, where the growth potential is even greater.

Both insurers have gone for a low-cost mostly digital and social media campaigns so as to not penalise existing members by significantly increasing marketing costs.

Customers turning to comparators for advice on choice of insurer has lifted the number of people signing up for health insurance, but it has also created extra churn within the industry and added to overall costs, because comparators charge commissions.

Mr Bransby said HBF had weighed up the costs and benefits and believed it had the best low-cost model to overtake HCF as the third largest insurer nationally.

“We’re nearly a million lives now so we’d like to think that in five or 10 years’ time a third of our portfolio will be eastern states based,” he said.

“We’ve done a really good job to hold market share in really challenging times. We actually consider WA our home and we do all we can to make it our fortress.”

Mr Bransby said HBF was prepared to defend its territory in WA, particularly against major players Medibank and Bupa.

“I don’t see them as a significant threat but there’s no doubt they’ll have lots of money,” he said. “It is becoming more and more challenging because we are an outlier.”