The Perth-raised head of AirAsia X wants to use his influence to improve visitors’ understanding of what WA has to offer. 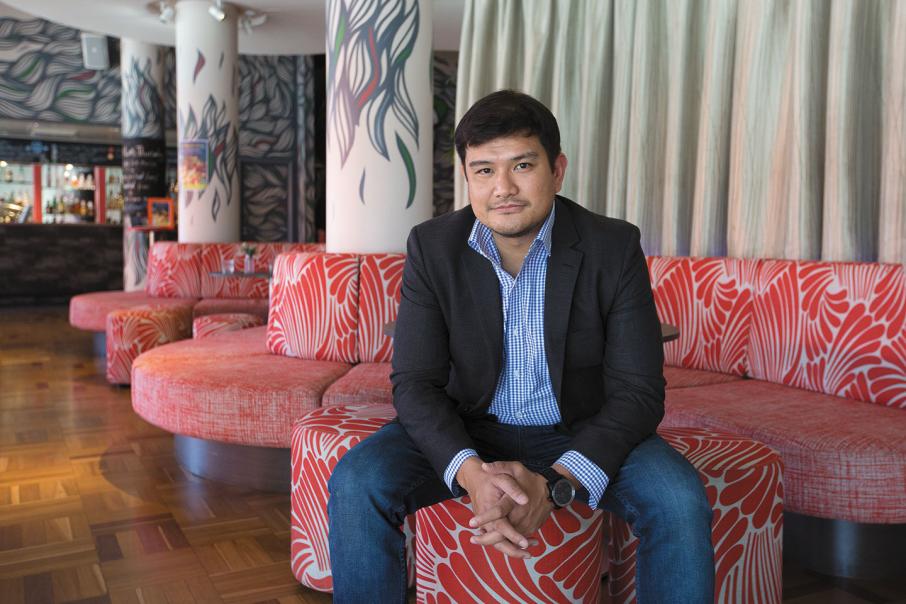 The global airline business does not run thick in the veins of Western Australians.

It is probably not since Rod Eddington ran British Airways in the early part of this century that a Perth-raised executive has headed a major international carrier. That was until 18 months ago, when Benyamin Ismail became CEO of Malaysian discount airline AirAsia X.

Mr Ismail grew up in Perth, boarding at Christ Church Grammar School from 1991-1995 and, after a brief attempt at studying in the UK, attended both Curtin University and Edith Cowan University to earn his banking and finance degree, followed by a masters in commerce.

Like many who live here, Malaysia-based Mr Ismail says he loves Perth but realises that his local knowledge sets him apart from many visitors.

For the boss of an airline that flies here twice daily, the frustration of first-time visitors is a challenge to his business, and one he would like to change.

“I think there is a unique appeal here in Perth, but for a first timer it can be a different feeling,” Mr Ismail told Business News.

“They may be disappointed.

“We need to work together and sell more.

“Rather than just sell Perth city, we need to sell around Perth – sell your Margaret River, sell your Yallingup, sell your Busselton, sell your Pinnacles, I think that is important.”

Mr Ismail’s experience of WA’s tourism is not just through his airline passengers and their choices. Maintaining a strong connection with the state as a Curtin Business School advisory network member, he also sees the challenge the state faces in the broader travel market.

“They also have seen a huge slowdown in the number of students coming to Perth as well,” Mr Ismail said.

“One of the key things that we notice as well is the cost of living here has gone up considerably.

“In totality it is actually much cheaper to go east.”

Mr Ismail does not believe there is significant deflation taking place to rebalance the equation for the traveller.

“I don’t think so. The cost of goods is very expensive,” he said.

With his business having a vested interest in WA’s attraction to travellers, Mr Ismail said AirAsia X was seeking to promote the state.

“We want to see how we can push more tourism here,” he said.

“We are very active in pushing Perth.

“It is not just inbound, it is outbound as well.

“We need to educate local people there are more places than Bali.”

Mr Ismail is among the few people with such a deep understanding of WA who also hold a significant position of influence over tourism within South-East Asia.

He heads the long-haul business within the AirAsia Group, with AirAsia X being the biggest part of a business that has a host of regional short-haul airlines. His business flies to 24 destinations, all four hours or more out of Kuala Lumpur.

Mr Ismail took up the role in 2015 as part of a significant management overhaul that year. He was promoted from head of investor relations, a wide-ranging group position that had also included oversight of corporate finance and acquisitions – themes familiar to an executive who had spent nearly a decade as an investment banker with Maybank and then CIMB.

Mr Ismail said the investor relations role had been a steep learning curve, but one that prepared him well for the task of running an airline business despite his lack of an aviation background.

His inclusive management style provides for the varied skill sets required for an airline to work. Mr Ismail’s management team needs to be good at making the right decisions quickly, as the overall business is led by entrepreneurs such as founder Tony Fernandes.

“They don’t take ‘no’ as an answer,” Mr Ismail said of his entrepreneurial bosses.

“They have unreasonable demands, they want everything yesterday.”

This attitude gets pushed down the organisation, creating a business that is responsive to the market – arguably a key ingredient in the discount airline sector, where margins are thin and competition is intense.

“I am close to my management team,” Mr Ismail said.

“We talk, I hear what their thoughts are. I don’t run a dictatorship.

“We make sure that we all are in common agreement that whatever decision we make makes sense.”