Most of the big law firms in Perth have shrunk in size over the past year, with Ashurst experiencing the biggest drop in staff, while only a couple of smaller firms have achieved significant growth, research by Business News has found. 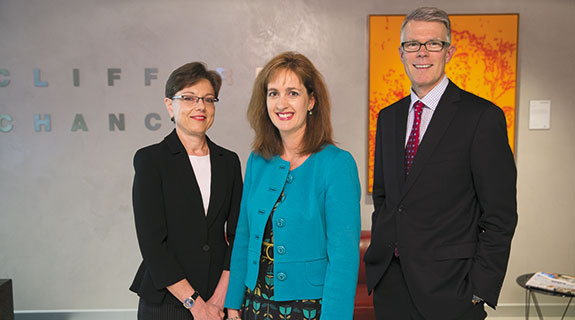 Most of the big law firms in Perth have shrunk in size over the past year, with Ashurst experiencing the biggest drop in staff, while only a couple of smaller firms have achieved significant growth, research by Business News has found.

Ashurst has traditionally been one of Perth’s largest law firms but has slipped to number seven on the BNiQ ranking after losing six partners and 46 legal staff over the past year. The London-based firm now has eight partners in Perth and 46 legal staff, and partner Ben Luscombe is planning for more growth, particularly in his field of litigation and dispute resolution.

He told Business News the Perth office was part of an integrated regional strategy with Clifford Chance offices in Singapore and Hong Kong.

Mr Luscombe said it was cost effective and practical for Perth-based layers to handle international arbitration matters, which the firm believed was a growth area.

For instance, the Perth office recently worked on an international arbitration run from Singapore regarding the alleged expropriation of shares in the Ok Tedi mine by the PNG government.

Western Australia’s resources sector is seen as a continued driver of work opportunities, along with increasing enforcement activity by white collar regulators such as the tax office.

Mr Luscombe represents Ausdrill chief executive Ron Sayers, who was at the centre of one of Australia’s largest tax prosecutions.

Ms Hill said she was attracted by the calibre of people at Clifford Chance, particularly in the corporate and energy fields.

She will work alongside Mr Luscombe and newly promoted director of litigation, Pat Saraceni.

Perth managing partner Paul Vinci said Clifford Chance was expanding despite the loss of Michael Lishman, who moved this year to an investment-banking role at Gresham Partners.

Ashurst Perth managing partner Adrian Chai said there was no doubt the slowdown in the resources sector had affected demand for legal and other professional services in WA.

He said the London-based firm had a strong, ongoing commitment to Perth, which handles both local and regional work.

The exiting partners from Ashurst include: Graeme Gamble, who started earlier this week at Herbert Smith Freehills; Paul Riethmuller, who moved to Jones Day; Andrea Rezos, who joined Norton Rose Fulbright; and David Parker, who has taken a consulting role.

Allens Perth practice director Andrew Pascoe agreed that Perth was currently a challenging market, but said the firm was responding through innovative pricing and service delivery, and focusing on is core strengths.

While the firm recently lost one of its partners - Tim Lester will establish the Perth office of international firm Hogans Lovells - it has promoted litigator Jeremy Quan-Sing from managing associate to partner.