Real Estate Institute of Western Australia president David Airey says local government authorities have lost sight of the big picture in planning and approvals reform, and amalgamation of councils will only exacerbate the issues. 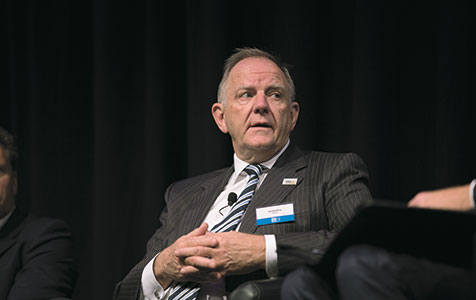 Real Estate Institute of Western Australia president David Airey says local government authorities have lost sight of the big picture in planning and approvals reform, and amalgamation of councils will only exacerbate the issues.

Mr Airey made the comments at a recent Business News Success & Leadership event, saying the intense debates on the amalgamation process were missing the point – that the planning and approvals process needed urgent reform.

The state government is in the throes of halving the number of local councils in the metropolitan area to 15, with widespread debate occurring across districts regarding exactly how the areas will be carved up.

“In the western suburbs we’re talking about amalgamating six different town planning schemes, six chief executives, six different mayors and 90 councillors, all with an interest in the street trees or somebody’s dog barking or a different carport,” Mr Airey said.

“Theres no interest in the bigger picture.”

“The majority of the community don’t object to most plans,” he said.

“A small proportion of the community lodge objections, and the local council listens to that, rather than looking at the bigger picture.”

Blackburne Property Group managing director Paul Blackburne was less critical of the planning system status quo, pointing to the introduction of Development Assessment Panels in 2011 as a step in the right direction.

“The DAP process has made it a lot easier, and at least it is not at the whim of a local council and someone that got in on 100 votes to influence a $100 million development,” Mr Blackburne said.

“The state government has taken control back through the DAP process, so the application can be judged on its merits and in line with Directions 2031.”

Hames Sharley chairman Bill Hames shared Mr Blackburne’s view, saying the process had become a lot more professional with the introduction of the DAPS, but admitted developers and builders had little option but to work around the shortcomings of the planning and approvals systems in place in Western Australia.

“It still takes a long time if you want to really break the mould and really try to do something different … that’s the problem,” Mr Hames told the S&L forum.

“That’s also part of the reason it affects our housing choice, because if you’re on a formula, and they understand that, you just roll the same stuff out.”

“I would have thought the current process just ensures that property prices will continue to increase,” he said.